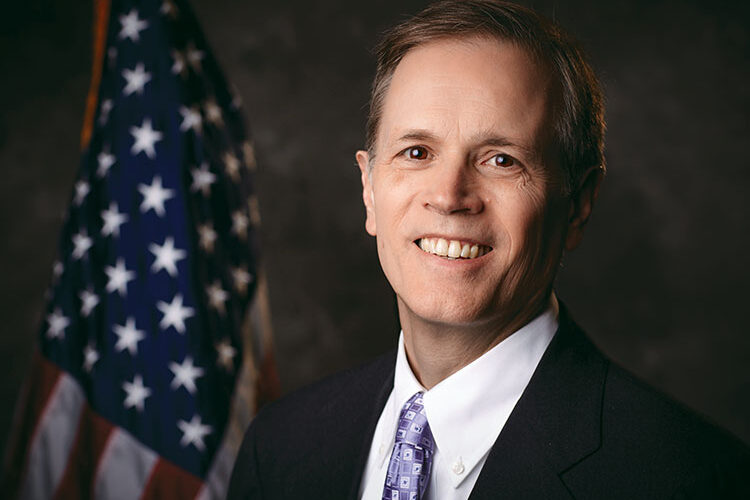 When you grow up with a father serving on the Education and Labor Committee of the House of Representatives, you’re bound to pick up a thing or two about education policy — especially with campaign headquarters in the family basement. “Public policy was in the air,” says Jim Peyser ’78, “and I guess in my blood too.”

Peyser is secretary of education for the Commonwealth of Massachusetts; he was appointed in 2015 by Gov. Charlie Baker. Peyser’s path into education was not necessarily a direct trajectory from conversations with his father, Peter ’43.

It was fueled by his experiences as a volunteer tutor at a high school in Boston in the early 1990s while he was working at the semiconductor test equipment firm Teradyne.

“It opened my eyes to the problems and challenges of urban public education,” he says. “The school had small class sizes and a robust set of student services, but the expectations for student learning were really low. The quality of teaching was uneven at best, and the leadership of the school was largely passive. There was little sense of urgency about improvement.”

He joined a local public policy think tank called the Pioneer Institute — cofounded by Baker — to launch its Charter School Resource Center. It was 1993 when the state’s newly enacted Education Reform Act authorized the first charter schools in the state. “We became an incubator for charter schools,” Peyser says. “It was a formative experience that gave me exposure to a broader set of education-related issues and a deeper understanding of state government.”

Peyser served seven years as chairman of the State Board of Education and was an educational adviser to three governors. “The common thread throughout those administrations,” he says, “was a drive for higher standards and accountability, for more parental choice, and more innovative school models.”

He worked intently on that last goal — innovative schools — as a managing partner of the NewSchools Venture Fund, a nonprofit grantmaking organization that supports education entrepreneurs working in high-need communities. “One of the biggest problems in public education is becoming comfortable with the many constraints that schools and districts operate under,” he says. “Education entrepreneurs who operate outside the system are able to achieve things that those inside the system don’t think is possible. But you can do amazing things when you put the interests of the children at the center and you treat everything else around it as a variable.”

Massachusetts has achieved an impressive record on school performance, which has continued under Peyser’s tenure as secretary of education. The state perennially tops the National Assessment of Educational Progress. It also has the highest percentage of adults with post-secondary degrees of any state and has consistently high graduation rates.

But Peyser is clear-eyed about the difficulties. “Our most obvious challenge is the tremendous gap between the performance of students in lower-income communities and communities of color compared to higher-income suburban communities,” he says.

Those disparities have been exacerbated during the pandemic. “Notwithstanding the best efforts of educators to adjust to these challenging circumstances, it’s clear that students have suffered,” he says.

But there have been some bright spots.

“Community organizations have stepped up in promising ways with remote learning programs, often in collaboration with school districts on educational strategies and other student supports, especially for high-needs children,” Peyser explains. “I think that’s something we need to learn from and, hopefully, build on in the future.”