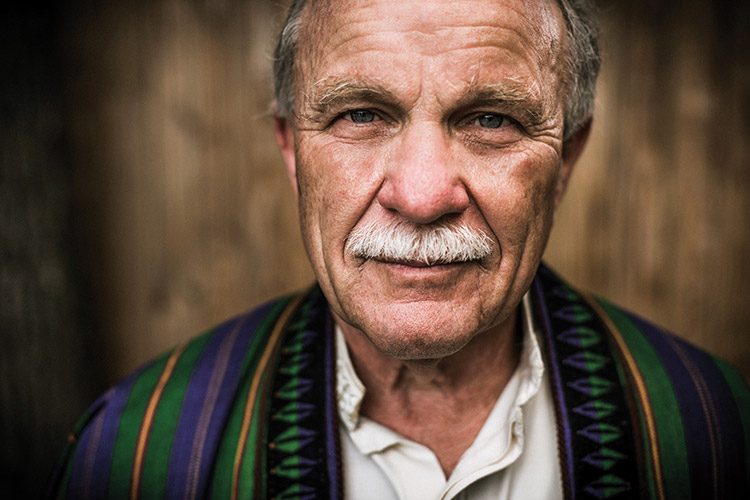 For a glimpse of where a country is heading, start with a look at its youth, says R. Michael Smith ’70. Throughout his 16 years of pro bono legal work in Afghanistan, Smith has seen tremendous growth and change, fueled by the enthusiasm of a generation that has come of age after the fall of Taliban rule in 2001.

Life in Afghanistan’s capital city of Kabul today is a far cry from the dire conditions that Smith witnessed on his first trip there in 2003. “We drove through districts with bombed-out buildings whose walls were pockmarked with bullet holes,” Smith says. “The streets were crowded with hundreds of beggars.”

Smith, an expert in labor law, went to Kabul to assist in the revision of the commercial code for the fledgling government of the Islamic Republic of Afghanistan. But he soon became involved in far more high-profile legal affairs. He and colleagues from his firm, Dechert LLC, defended Afghanistan in suits filed in the United States by victims of the 9/11 attacks. Smith and his colleagues represented Afghans imprisoned at Guantanamo Bay. “We were making no determinations as to whether they were guilty or not guilty,” he says. “What we wanted was for them to have the right to due process so they could be confronted by the evidence and have a chance to respond to it.”

Starting in 2009, Smith spent a year as general counsel for the American University of Afghanistan. He had daily interaction with students, who were reconnecting with the world outside of Afghanistan, thanks to the restoration of higher education and the internet. “The genie’s out of the bottle,” Smith says. “Young Afghans have iPhones. They have laptops. Internet cafes are everywhere. They’re attuned to what’s going on internationally, especially in the United States.”

Smith came to work with even younger Afghanis after joining the board of PARSA, a nonprofit devoted to building healthy Afghan communities. PARSA — which means “integrity” in the Dari language — revived the Afghan Scout Movement (similar to the Boy Scouts and Girl Scouts in the U.S.), establishing troops in 18 provinces with more than 2,500 registered participants, 40 percent of whom are girls. Such coed activities weren’t permitted under the Taliban, but now “the girls work right alongside the boys,” Smith says. “We teach leadership and project management skills, and they come up with their own community service programs.”

He’s done his part to change American mind-sets about Afghanistan as well. Smith established Project Afghanistan (now called the Forum on Security and Democracy) at Colgate with Alexander Nakhimovsky, associate professor of linguistics emeritus. The organization has hosted campus events on democratic developments around the world, including a presentation by Ashraf Ghani, who later became Afghanistan’s president.

As chairman of the board for PARSA, Smith remains active in Afghanistan. The nonprofit is planning a carbon neutral waste-to-energy pilot program, which will convert litter into gas for generators as well as pellets for cooking and heating. Smith returned to Afghanistan this fall to help move that project forward.

Much has changed in Afghanistan since Smith began working there. Businesses are thriving, with new restaurants and stores opening up. Families feel safe enough to picnic at the landmark Babur Gardens. A bank billboard shows a young Afghan woman in business attire opening an account.

However, there is room for further progress. “There’s still corruption. There are still gains to be made in education,” he says. “But it’s all moving in the right direction, and I think the momentum will never be stopped.”