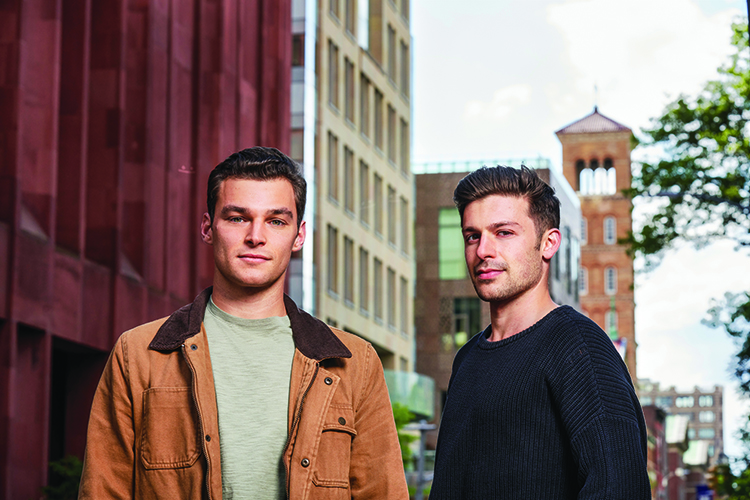 On-campus college tours are an exciting rite of passage for many eager high school students. But what if a student can’t travel to campus for financial reasons or, say, a worldwide pandemic? Even if they could, does a short in-person visit do the university experience justice?

“There are fundamental inefficiencies in this process that create inequities for millions of students every year,” Freud says. “If you cannot visit campus, you are at such a loss to understand your college options.”

CampusReel’s three-year head start on curating student-driven video content made the growing company — and its library of videos — the ideal solution to the urgent and universal challenge suddenly facing locked-down colleges and universities. By the end of March 2020, CampusReel’s user base had increased by 500%, and its client base of partner colleges had increased tenfold by March 2021.

“COVID was an accelerant,” Carroll says. “It compressed a two- to three-year timeline of adoption into four months, because the industry suddenly realized that it needed to adapt right now. There was immediate buy-in.”

Colgate itself had early buy-in on CampusReel. The fledgling project was among the 2017 winners of the University’s Entrepreneurs Fund Summer Accelerator, which awards a grant to exceptional Colgate start-ups and helps them reach commercial viability. “That was our jumping-off point,” Carroll says.

The duo ditched their initial virtual reality format for a crowdsourced one closer to The Real World in style. “If you can’t visit a campus in person, you can’t understand the vibe or the community,” Freud says. They iterated constantly to dial in on just the right video content that would convey important information about a school in a format appealing to tech-savvy Gen Z viewers who speak social media fluently. “They understand how to be digital storytellers in a very intuitive way,” Freud says. CampusReel received an immediate and enthusiastic response to its recruitment drive for student storytellers and sourced 15,000 videos in two years.

“There are certain creators who have raised the bar and reimagined what storytelling can be,” Carroll says. He points to a frequent contributor, Julian Shapiro-Barnum from Boston University, who provides candid and exuberant insider tours of the student union, library, and especially the fine arts facilities where he spends his days. Shapiro-Barnum has become such a star contributor that he launched a content creator academy for CampusReel, helping other ambassadors up their creative game.

Freud and Carroll found themselves in the spotlight when they were selected for the 2020 edition of Forbes’ 30 Under 30 list. “That was huge,” Carroll says. “It was the first public recognition of what we’re doing. I think it instantly validated us and legitimized us in everyone’s eyes.” That spotlight led to a profile in the New York Times, an appearance on Good Morning America, and a spike in interest from potential partners.

In their tried-and-true spirit of frequent iteration, the founders and their staff of 10 (and growing) have shifted CampusReel’s business model. They now partner directly with nearly 100 higher-education institutions in 12 countries, ranging from community colleges to the Harvard Business School. They help each institution not only to reimagine the role of video in recruitment but also to make the best use of the videos across all of its social media outlets, digital marketing, and student recruitment initiatives.

The duo aspires to triple CampusReel’s current user and client bases by spring 2022 and continue to expand its international footprint. “We want every single student around the world who is interested in furthering their education to engage with our content multiple times throughout their process,” Freud says. “CampusReel has the potential to fundamentally change how the college search process is done.”

At Colgate, Carroll majored in environmental economics, and Freud concentrated on English and literature.