The Search for a Vaccine 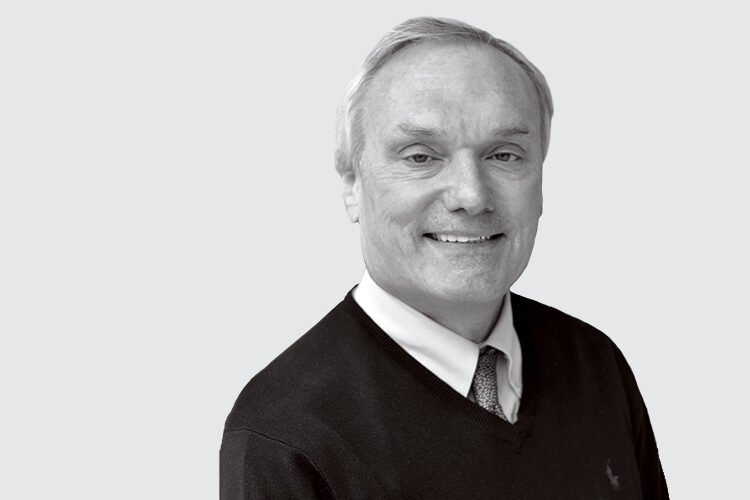 Tim Mastro ’75 has 5 million frequent flier miles. His career in global health has brought him regularly to destinations around the world. That makes staying home because of the coronavirus pandemic — which he was doing when interviewed in May — especially jarring. But the crisis has also brought him someplace new: the search for a COVID-19 vaccine.

As chief science officer for the nonprofit organization FHI 360, based in Durham, N.C., Mastro has worked on a wide range of health research and development projects. Last year his team published the results of a large clinical trial in Africa that showed a popular injectable contraceptive is safe for women at high risk of HIV. Before joining FHI 360 in 2008, Mastro spent 20 years as a medical epidemiologist with the Centers for Disease Control and Prevention, including heading up the HIV vaccine research unit.

Now he’s leading FHI 360’s search for a vaccine against the novel coronavirus. For that effort, FHI 360 has joined forces with the nonprofit Human Vaccines Project. Mastro’s group will be helping to raise money, create and implement research protocols, and coordinate with outside labs that will study the human immune response to the virus.

One question the team plans to explore is how the immune systems of older people might respond to a vaccine. The highest mortality rates from COVID-19 are in the elderly, but people over 65 usually don’t respond as well to vaccines, Mastro says. This could lead to an unfortunate scenario: “A typical vaccine may not work well for the most vulnerable population.”

It’s just one of many unknowns about the new virus, he adds. Doctors are continually surprised by how the illness manifests in patients. Scientists are still trying to understand how the virus spreads and why it has hit some countries so much harder than others. “It’s an amazing puzzle to try and figure out,” Mastro says.

The uncertainty reminds him of the earliest days of the AIDS epidemic. Mastro was a medical resident in New York City in 1981, the year the world’s first AIDS cases appeared. That outbreak, too, was baffling and frightening.

Yet in other ways, today’s outbreak is different. After the first AIDS cases appeared, it took two years for researchers to identify the virus causing AIDS, and another two years to develop a blood test for HIV antibodies. By contrast, the first COVID-19 cases were reported in China in December 2019, and researchers had identified the coronavirus behind the disease and sequenced its genome by early January. Antibody tests were available in March.

“What took four years, between 1981 and 1985, happened in a few months here,” Mastro says. “The scientific world has progressed profoundly in those four decades.” Researchers have a vastly better ability to study viruses, learn about their genes, and translate their findings into treatments and vaccines.

“I think it’s important to be humble as we’re dealing with this virus,” Mastro says. But he does see reasons for optimism. It may not be long, he says, before researchers have tools to fight back against COVID-19. One day soon, he may even be able to get back on an airplane.