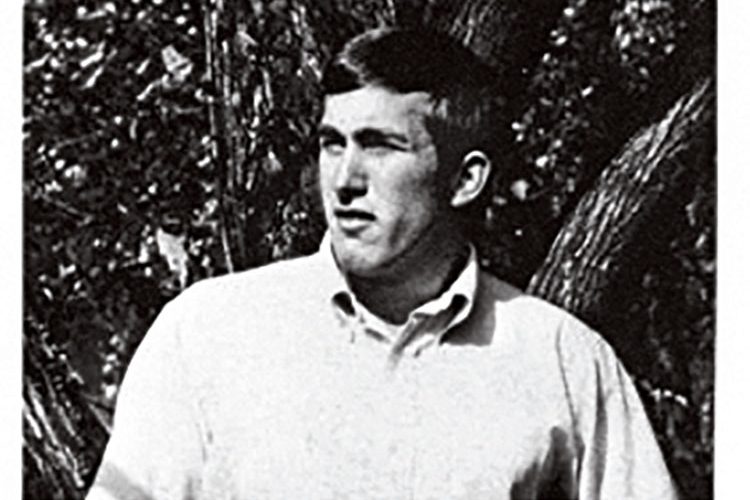 This past Father’s Day, Jason Grum set out for Chesterland, Ohio, early in the morning, on the hunt for hidden gems in the historic township. Armed with a metal detector, Grum stopped at the famed Silas Tanner House to swipe around the periphery. When his detector emitted a loud tone, he knew he had stumbled across an object far more valuable than a bottle cap. What he didn’t know was he was about to unearth someone’s long-lost family treasure.

The object had been buried approximately 8 inches in the ground. Grum cleaned off clumps of clay and tangles of roots before realizing what he’d discovered. “I could see gold shining through,” he says. “It was an exhilarating find.”

As Grum dusted off the object, details began to appear: It was a Colgate class ring from 1969 with a crimson gemstone at its center. Its band was etched with the Colgate Memorial Chapel on one side and Huntington Gymnasium on the other. The initials S.M.L. were engraved on the inside of the band.

When he called Colgate to ask for help, Grum connected with alumni records assistant Sue Hodges, who searched the University’s database for alumni with the initials S.M.L. Stephen M. Lowe ’69, an Ohio native, ticked all the boxes. Lowe had died 10 years ago, but Hodges found his son, Scott.

Grum called Scott, who verified that the ring was his father’s. Scott believes that his dad, who was a history major, was drawn to Chesterland due to its abundance of landmarks and its proximity to his hometown of Pepper Pike.

“I was in shock when I got the call,” Scott says. “My dad had fond memories and great friends from his time at Colgate — but he never said anything about a class ring.”

The discovery of the ring on Father’s Day adds a special layer of meaning for Scott. “It’s an incredible piece of my dad that we can hold on to forever,” he says.

With three daughters of his own, Grum believes in leading by example and paying it forward. “The world could use more humanity,” he says. “It’s about helping your fellow man and performing an act of kindness for someone you’ve never met.”