Racialized Stigma Fueled by a Crisis 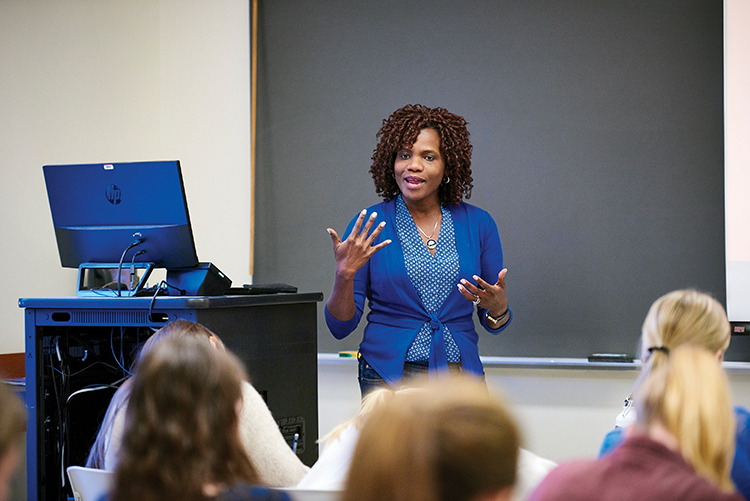 COVID-19 is shedding a bright light on the pervasive racial health disparities that plague American society. Current data suggest that people of color — specifically black Americans — are experiencing the highest burden of morbidity and mortality rates.

States such as Michigan, Wisconsin, and Illinois have been collecting data on COVID-19’s impact on racial and ethnic groups. Researchers found that, in Chicago, for example, 70% of COVID-19–related deaths were among blacks — even though they represent only about 30% of the
city’s population.

Blacks have a higher prevalence of diabetes, chronic lung disease, and cardiovascular disease, which are comorbidities that exacerbate the trajectory of the virus, according to the Centers for Disease Control and Prevention (CDC).

In addition to these physical health complications, the disparities stem from structural and systemic factors — often due to economic and social conditions — that people of color experience. Socioeconomic and race status have intersected in ways that exacerbate social inequities. Economically, blacks occupy the lowest echelon, and they endure continuous stress and racial discrimination that adversely impacts their general health. Also, they make up a disproportionate percentage of those working low wages, so they are not privileged to work from home and might not always be able to properly social distance.

It’s important to contextualize these disparities in order to prevent stigma and discrimination — injustices that I personally witnessed during the HIV/AIDS epidemic.

At the impressionable age of 13, I moved from Haiti to Brooklyn during the HIV/AIDS epidemic. This was a confusing time for me, for many reasons. In the Haitian community, we had heard of a new disease called katach, which I later learned was also called “4H” (quatre H in French). The “4H disease” label was coined by the CDC for the novel virus that seemed prevalent among four minority groups: heroin drug users, homosexuals, hemophiliacs, and Haitians. This was a whole new version of racism for which I was unprepared.

This labeling resulted in unprecedented national discrimination and stigma to anyone who belonged to these four groups. As I started high school, I watched many Haitian students experience bullying and physical assaults just for being Haitians.

Years later, I started working as a nurse at an HIV/AIDS ward in a Staten Island short-term rehabilitation unit (a euphemism for hospice care). Most of my patients came from Rikers Island Prison, because they had developed full-blown AIDS and were eligible for medical parole. Essentially, they came to our institution to die. In my first six months working the night shift, I witnessed 60 deaths. HIV/AIDS was, at that time, a terminal illness before the introduction of antiretroviral therapy.

This “4H disease” label continued to haunt me there. My ethnicity/nationality and HIV were seen as almost synonymous. For example, one of my new patients asked me where I was from when he noticed my accent, and I told him I was from Haiti. One night, he became agitated and refused his prescribed sleeping medication. He screamed at me, “Go back to your country…” and mumbled something about AIDS and Haiti. I couldn’t make out exactly what he said, but I also did not want to know. I was gutted.

America, historically, uses stigma as a tool of power and to otherize those deemed different, dirty, and backward. Unfortunately, these practices have lingering, insidious effects on those impacted. With COVID-19, Asian Americans — especially Chinese Americans — have been experiencing the racialized stigma that people went through during the HIV/AIDS epidemic. One very public example was when President Donald Trump and other people in power started referring to COVID-19 as the “Chinese virus.”

Also, now that we know communities of color are more impacted by COVID-19 in the United States, how will that affect their lives? Will they be more policed to abide by CDC guidelines such as social distancing and wearing masks? Will they start experiencing racialized stigma

Unfortunately, increased discrimination is already happening in communities of color. In fact, there have been initial reports from New York City, where the number of those arrested for not practicing social distancing is overwhelmingly higher for blacks and Hispanics, according to the New York Times. One article noted that among 40 people arrested for social-distancing violations from March 17 through May 4, 35 were black and 4 were Hispanic.

As someone who has seen discrimination fueled by a national health crisis, I hope we recognize and heed these historical facts and learn from the mistakes of our past. Let’s stop the stigma.