This Is Awesome, I Swear! 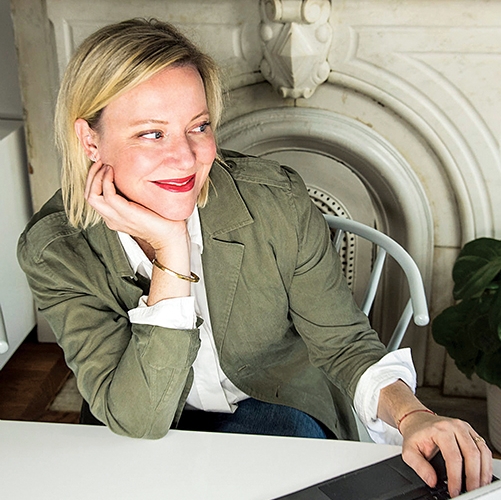 Kate Foster Lengyel ’99 and Roger Lengyel ’99 like to toss business ideas back and forth, Shark Tank–style. “Roger would say I had a lot of cockamamie ideas,” says Foster Lengyel, who has been married to him since 2004. But when she pitched him the idea for SwearBy — a digital platform where women would share recommendations for products they love — he told her, “You’re on to something.”

He was right. Last January, less than three years after quitting her job to devote herself full time to SwearBy, Foster Lengyel sold it to Meredith Corporation, the nation’s largest publisher of print and digital magazines. Meredith, which hired Foster Lengyel to stay on as the site’s general manager, wants to turn SwearBy into the “gold standard” for endorsements of beauty, style, entertainment, and parenting products.

Foster Lengyel was an executive vice president and chief marketing officer at NYDJ Apparel when a chat with customers about the company’s jeans gave her the idea: an online forum where women would share the items they “swear by” without being paid for their referrals, as many online influencers are. “I was fascinated by word of mouth and how women on a microscale are influencing their friends every day,” says Foster Lengyel. Women are invited to offer their recommendations on SwearBy and may receive free products as rewards.

Leaving a well-paying job to create a prototype of SwearBy (with Foster Lengyel’s Colgate roommate Christina Licursi ’99 providing legal assistance) was “a leap into the great unknown,” she says. “But I wanted to commit to this.”

The next step was pitching the concept to potential investors, which she found “exhausting and humbling.” Then she reconnected with Catherine Levene, Meredith’s president and chief digital officer, whom she had met at a dinner for female entrepreneurs. Two months later, she was in Times Square with the friend who helped build the technology end of SwearBy — Foster Lengyel was SwearBy’s only full-time employee — when she received a phone call with the news that Meredith was going to make an offer. The deal closed on New Year’s Eve 2019.

Now a mentor for Colgate’s Thought Into Action entrepreneurship program, Foster Lengyel tells students that “half of entrepreneurship is being bold enough to act.” It takes dedication — she often used to have to set her alarm for 4:45 a.m. — and it can be lonely, she says, but when an idea strikes, you need to seize the day. “There’s no time like the present.”