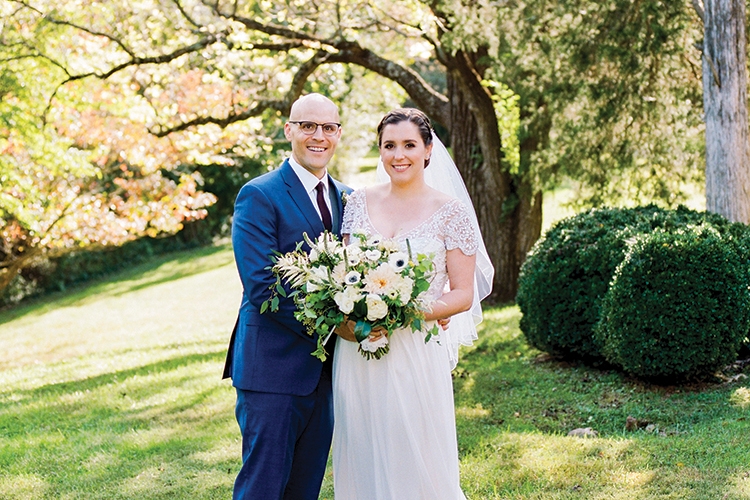 “Hey, Christy! Kevin might have an internship in Dallas. You guys should hang out this summer.” Mutual friend Ryan Marynowski ’13 was excitedly chatting away with my future wife, Christy Butrus ’13, before a bimonthly women’s studies brown bag. Christy and Ryan were attending the brown bag for class credit, while I represented Greek Life’s perspective on a discussion panel. Ryan tried her best to introduce Christy to me through my prospective internship based in Dallas, which happened to be Christy’s hometown. Despite Ryan’s best efforts, no more than a few words were exchanged. However, Christy left a lasting impression on me.

A week later, my fraternity, Delta Upsilon, hosted one of our annual themed parties.  Christy and her swimming and diving teammates attended the party in force, per usual. However, Christy slipped and twisted her ankle. With her friend in distress, Ryan ran to me for aid. After carrying Christy from the fraternity basement to the third floor, Ryan helped Christy into a clean set of my XXL Colgate football–issued sweats. Ryan returned to the party while Christy and I chatted into the early morning hours.

That evening ended with me asking Christy to Delta Upsilon’s spring formal. Although still two months away, I couldn’t believe Christy hadn’t already been asked. Few occasions have ever come close to how elated I felt at the moment that Christy agreed to be my date. We began to see each other more frequently and confirmed our friends’ suspicions that we were a couple on May 2.

A few weeks later, we said tearful good-byes at my graduation. I headed to my job in Washington, D.C., and Christy departed to Ireland for an extended study program. Unsure of what the future held, we decided to try a long-distance relationship.

Later that summer, we fell in love under Fourth of July fireworks in D.C. Once Christy returned to Colgate for her senior year, we saw each other monthly. Filled with anticipation and emotion, the long drives and weekend visits are some of my fondest memories. Those trips always resulted in seeing my best friend and enjoying the campus.

After her graduation, Christy was hired for a summer internship and joined me in the D.C. area. Five years after that fateful winter night in Hamilton, I proposed to Christy on March 18, 2017, under frozen cherry blossoms as the sun rose over the Tidal Basin in D.C.

We are forever grateful to Colgate University and Hamilton, N.Y. As first-years, one from Texas and the other from Florida, we arrived on campus immersed in a completely new environment. In the blink of an eye, we graduated with world-class degrees, Patriot League championship rings, and the loves of our lives.