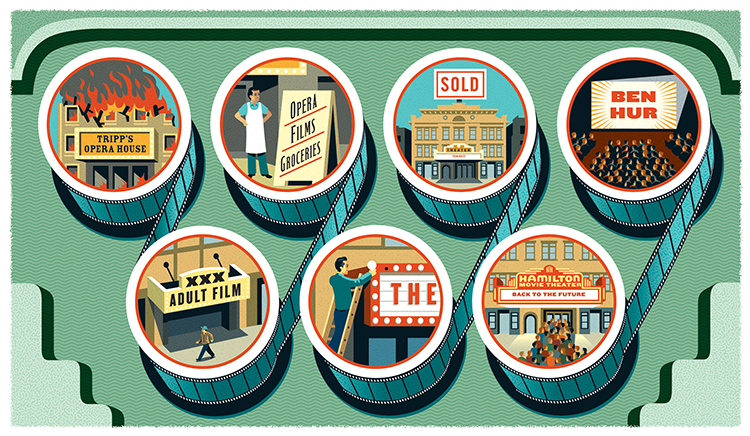 Illustration by Peter and Maria Huey

As the iconic Hamilton Movie Theater underwent its fifth major renovation last summer, two film students — Chloe You ’22 and Molly Adelman ’21 — constructed a thorough history of how it’s changed over the years. These are the highlights: Read the complete history, view photos, and share your own Hamilton theater experience at colgate.edu/hamiltontheater.