Have you seen my genes? 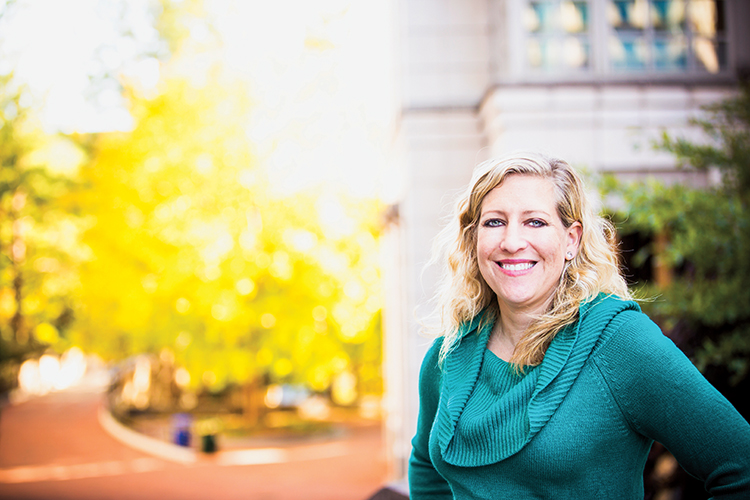 Direct-to-consumer genetic testing through companies like 23andMe and Ancestry can help uncover all of these truths. They’re part of a commercialization of genetic information that’s expanded in the last decade, making the average person more aware of what can be revealed via a simple saliva sample. But with that convenience comes drawbacks, says Lauren Lichten ’03, a genetic counselor at Emory University School of Medicine.

“The one thing 23andMe has done that’s really great is made the public more engaged in thinking about genetics, but if you have a family history you’re concerned about, or a medical need related to genetic testing, you should see a genetic counselor or medical professional,” she says. They can help patients decide whether they need testing, then sort through their options. Results from these tests can be life changing and difficult to process, and genetic counselors can help tackle both their scientific and emotional implications.

As assistant program director, Lichten teaches Emory students in the Genetic Counseling Training Program about a field that’s evolved with DNA discoveries since the world’s first class of students in the late 1960s. Counselors specialize in many areas, including patient-facing and research roles, from advising partners trying to conceive to data collection. Now, with the popularization of genetic testing, there aren’t enough genetic counselors to fill available positions, and the field’s growth isn’t stopping — it’s projected at nearly 30% in the next decade. “Now that we can sequence an entire genome inexpensively, genetic testing is more out there in the public sphere,” Lichten says. “And as we learn more about how genetics incorporates into health care, there’s a lack of trained professionals. A lot of the jobs genetic counselors are doing didn’t exist five to 10 years ago. There’s a large demand, and a lot of schools recognize that.”

When she’s not training the next generation of genetic counselors, Lichten sees patients in Emory’s ALS Center. Her clinical work there includes meeting with families who are at risk for genetic forms of ALS; together they discuss both the medical and emotional side of the hereditary disease. ALS is a disease without a lot of positives, but, luckily, there’s a slew of DNA-based clinical trials happening with neurologic genetic diseases. Emory is working on one involving an ALS-causing mutation of the gene SOD1. “The hope is that this type of treatment would be able to delay disease progression,” she says.

Currently, there’s no clinical trial for people with ALS gene mutations who are asymptomatic, but Lichten says there’s hope that, by the time patients reach the age that they do present the symptoms of the disease, there will be more to offer because the field is moving so fast. “That part of my job is new, but exciting.”