My Husband’s Near-Death Taught Me Gratitude 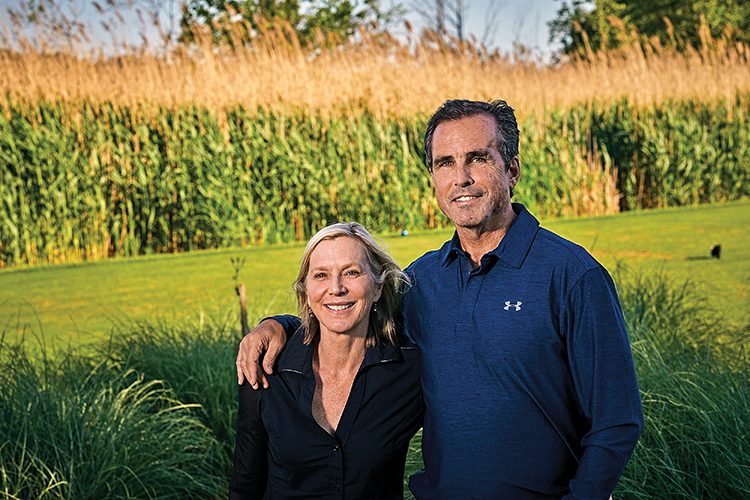 My life imploded with a phone call. While reporting from Iraq, my husband had been hit by a roadside bomb. “Critically wounded … shrapnel to the brain … might not make it through surgery…” I could barely absorb the meaning of the words. He was transferred to the military hospital in Landstuhl, Germany. When I got there, his room was meat-locker cold to minimize swelling. Bob lay naked on a bed, partially covered by a sheet—his body white as marble, still as a sculpture. For a moment, I let myself believe he was asleep. But his head was pockmarked with shrapnel wounds, a ragged trail of staples closing his scalp over a horribly distorted brain.

Seventy-two hours later, he was flown to Bethesda Naval Hospital, where he’d be comatose for five weeks—eyes open without seeing, moaning without speaking. My world shrank down to caring for our four children (all of them under the age of 14) and waiting for their father to wake up.

One day, out of the blue, he did: Bob couldn’t recall who was president of the United States, but he could say “Mahmoud Ahmadinejad.” We were elated that he could talk at all.

At a rehab hospital in New York, he began the grueling work of relearning how to string sentences together, read, and write. That’s where my euphoria started to fade.

I sat across from him as the therapist held up a plastic head of lettuce. “What’s this called?” she chirped. “Salad?” Bob’s eyes darted toward me apologetically. I smiled, trying not to mouth the right answer. After college, I’d fallen in love with his inquisitive mind, the fact that he could speak Mandarin and easily explain things like the Six-Day War. Bob was here, and not.

A month and a half later, thin and tired, he walked through our front door. The twins ran in to hug him, waving welcome home signs made with crayons and glitter. We were a family again, snuggling on the couch watching hours of TV, as the children touched the places on his face where shards of shrapnel were still working their way out.

With the fear of Bob dying in full remission, tricky emotions filled the void. Just weeks before the explosion, he’d taken over for Peter Jennings as co-anchor of ABC World News Tonight. His recovery would be lengthy, the outcome uncertain. How would he cope with the death of that dream? And what of the hard work we’d both invested in his career — constantly pulling up stakes and moving to yet another city as he made his way up the ladder? If he could no longer work, how would we raise four kids on my freelance copywriter income? I felt like a shrew even thinking about money.

In his early recovery, everyday moments felt like a series of paper cuts — the joke he didn’t get, the conversation that ricocheted around the dinner table too fast for him to follow. The meeting with our lawyer, who’d advised I take control of our assets until things stabilized. “I don’t understand,” Bob said, looking up from a pile of papers as the lawyer awaited his signature. “Why is everything in my wife’s name?” His confusion was a gut punch.

For months, I’d been pumping out good vibes like a cheerleader, staying upbeat for the kids, arranging my supportive-wife facade for everyone else. “Your husband looks so good!” Cue the polite smile. “You’re so lucky.” Beam the grateful look. But the fact is, loss that falls short of death is complicated. A therapist told me about “ambiguous loss,” something experienced by a quiet club that grieves in the shadows: women who’ve miscarried, parents of disabled children or addicted children, people with a chronically ill spouse. The death of a thousand dreams. There are no rituals for that kind of grief — no poems or tributes. No mourning, no resolution. Life plays out in a purgatory of what-ifs.

“I actually envy you,” I confided to my widowed friend one day (radical honesty being our bond). “You have nowhere to go but up. What if Bob never really comes back?”

It’s been 13 years, and after a miraculous recovery, Bob is back. He’s reporting, speaking Mandarin, traveling to the remote places that fascinate him. And he’s heroically peaceful about what wasn’t. “How do you know I wouldn’t have failed as the anchor?” he jokes — sense of humor restored.

I sometimes wonder whether I’ve been looking at this all wrong. Maybe instead of ambiguous loss, the trick is to be open to ambiguous gain. Like when Bob went to our kids’ back-to-school night for the first time in several years — something he’d never have been able to do as an anchor. (“So this is what I’ve been missing!” he said, sitting in a third-grader’s cramped desk, reading a note our daughter had left for us.) Or the way he started packing lunches, making the ham and cheese sandwiches and slicing apples. Our catastrophe allowed us to raise millions of dollars for injured veterans. And it allowed me to write — not just press kits for kitty litter and plantar wart cream, but essays and books from my heart.

When Bob was in a coma, a friend gave me a string of lapis worry beads. I’d clutch them when I couldn’t sleep, putting a name to my many worries until I could finally drift off. At a certain point I renamed them gratitude beads: Now when I’m stressed, I touch each one and name something I’m grateful for—my children’s good health, a coven of incredible girlfriends, my able body to hike and garden, my intact husband…. And it works. Nothing ambiguous about it at all.

— Lee McConaughy Woodruff ’82 is a freelance writer, speaker, and co-author of the New York Times best-selling book In an Instant. This essay was originally published in the June issue of O, The Oprah Magazine.