Saving Humanity One Episode at a Time 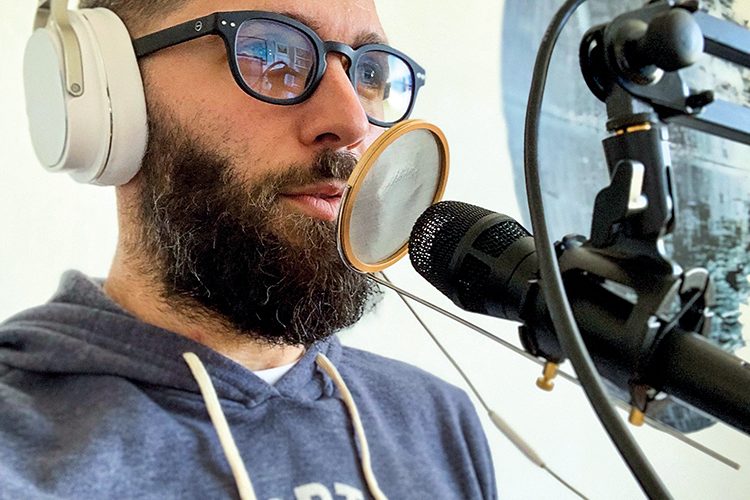 From a tiny Studio City, Calif., office in which they’re surrounded by Indiana Jones and Star Wars memorabilia, Quinn Emmett ’05 and his co-host discuss the two seemingly disparate topics (among others) on their podcast, Important, Not Important.

Recently nominated for a 2019 Webby Award, the podcast started as a newsletter covering groundbreaking discoveries in science, technology, and medicine. Although it began as just a side project, the newsletter-turned-podcast has received significant acclaim. It was nominated for best podcast host, competing against shows like Pod Save the People and Serial. It also earned an honorable mention in the science and education category.

“[In each episode], we try to judge every potential conversation through the prism of: ‘Will this either kill us all or improve the majority of the species?’” Emmett says. “We try to entertain and make it fun, and then point you toward action steps.”

Emmett and his co-host, Brian Colbert Kennedy, created Important, Not Important, in part, because they noticed the polarizing effect social media has on people today. Because we — and the media outlets themselves — curate our feeds, we typically only see a smattering of news that’s aligned with our political views. Or, on the flipside, we use social media as an escape from the speedy news cycle, preferring to keep up with cute animals or celebrities. The duo aims to provide a more well-rounded view of news they feel is integral to the “survival of the species” by including guests representing an array of political backgrounds, careers, races, and genders.

Since the podcast first aired a year ago, Emmett and Kennedy have interviewed more than 60 scientists, doctors, and activists for episodes such as “What Happens When the Atlantic Ocean Invades the Arctic Ocean?”  Most topics on the show center on climate change, the other reason they started the podcast. “[I felt] a sense of scarcity and a sense of urgency,” Emmett says.

Constantly hearing about Earth’s imminent doom can feel discouraging, so, sporting his quintessential Goonies T-shirt, Emmett often uses humor to cast a positive light on show topics. “Even if [the world] does look really different [in the future], and Indonesia, New York, and Miami are half underwater, there are still going to be incredible scientific advances that benefit humanity,” he says.

At the beginning of every episode, Emmett asks his guests one resounding question: “Why are you vital to the survival of the species?” His guests often say it’s because they ask important questions, or disseminate information to the public.

For his part, Emmett is leaving the log of conversations he’s made with Important, Not Important. Those conversations, he hopes, will be available in the future, when mankind has made significant advances and wants to look back on history. His three children are part of that future.

“However they choose to spend their lives and spend their focus and curiosity, I want them to have an impact on the world. I feel like with modeling this for them, [with the podcast], I’m leaving a very public record of conversations and asking people, ‘What do we need to do?’ Hopefully that inspires them.”