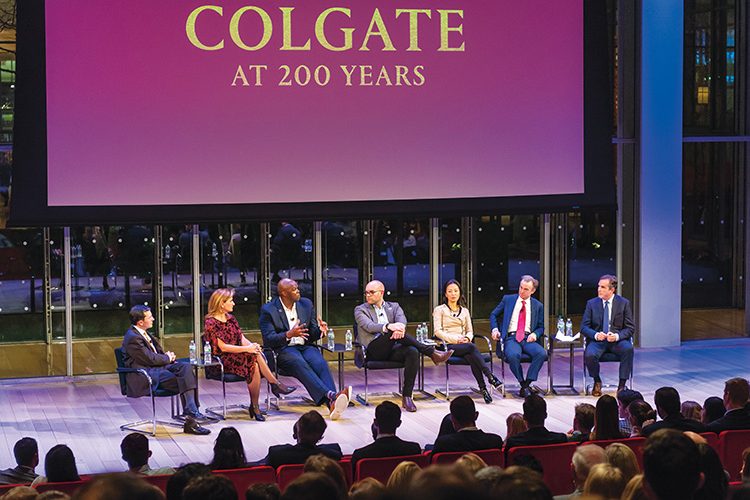 If Colgate’s founders could have traveled from 1819 to 1/8/19, they would have seen some of the University’s most influential alumni lead the simultaneous celebration for Colgate’s 200th Professional Network Event and the Bicentennial. Seven alumni took to the stage at the TheTimesCenter in Manhattan to engage in a thought-provoking panel discussion.

Launched in the fall of 2013, Colgate’s Professional Networks (CPN) were created to encourage career exploration and growth among students and alumni. Five years and 200 gatherings later, CPN events have become a nationally renowned example of alumni engagement and career support.

“There was nothing called cybersecurity when I was at Colgate,” Coldebella said. “But one of the things that Colgate does such a good job of is preparing its graduates for dealing with change in the world.”

Pak said she, too, has witnessed tremendous change since her time at Colgate, and she advised current students in the room to follow an educational path that interests them over what might be the current state of the world.

“Little did we know that China would rise and become the second-largest economy in the world,” Pak said. “I learned that, when something interests you, just follow it.”