Here’s To You, Mr. Robinson 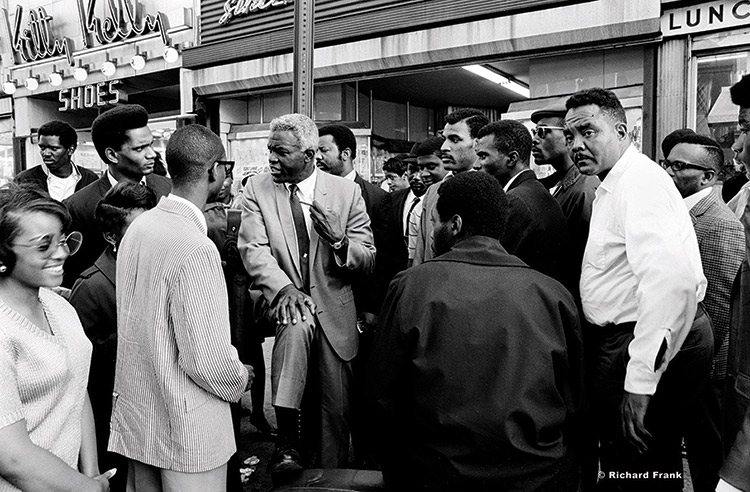 Growing up as a devoted Brooklyn Dodgers fan, Richard Frank ’57 was “as proud as could be when they signed Jackie Robinson in 1947,” he says.

Frank would visit Ebbets Field as often as he could, moving around the stands to get closer and closer to the Dodgers’ dugout. “I wanted to be like him on the basepaths and off the field as well.”

That day, he was in Harlem with another legend, writer Norman Mailer, because he was the photographer for the Mailer-Breslin mayoral campaign. Leading up to this job, Frank had worked as an NBC reporter and television producer.

Mailer and his campaign team were in Harlem to speak to constituents. “As we were walking up 125th Street,” Frank remembers, “suddenly, we ran into Jackie Robinson. He had been talking with local citizens about the worth of finding meaningful jobs.”

Frank took a moment to photograph Robinson and introduce himself. “He was just as gracious as ever,” Frank says. “I let Jackie know he meant so much to me.”