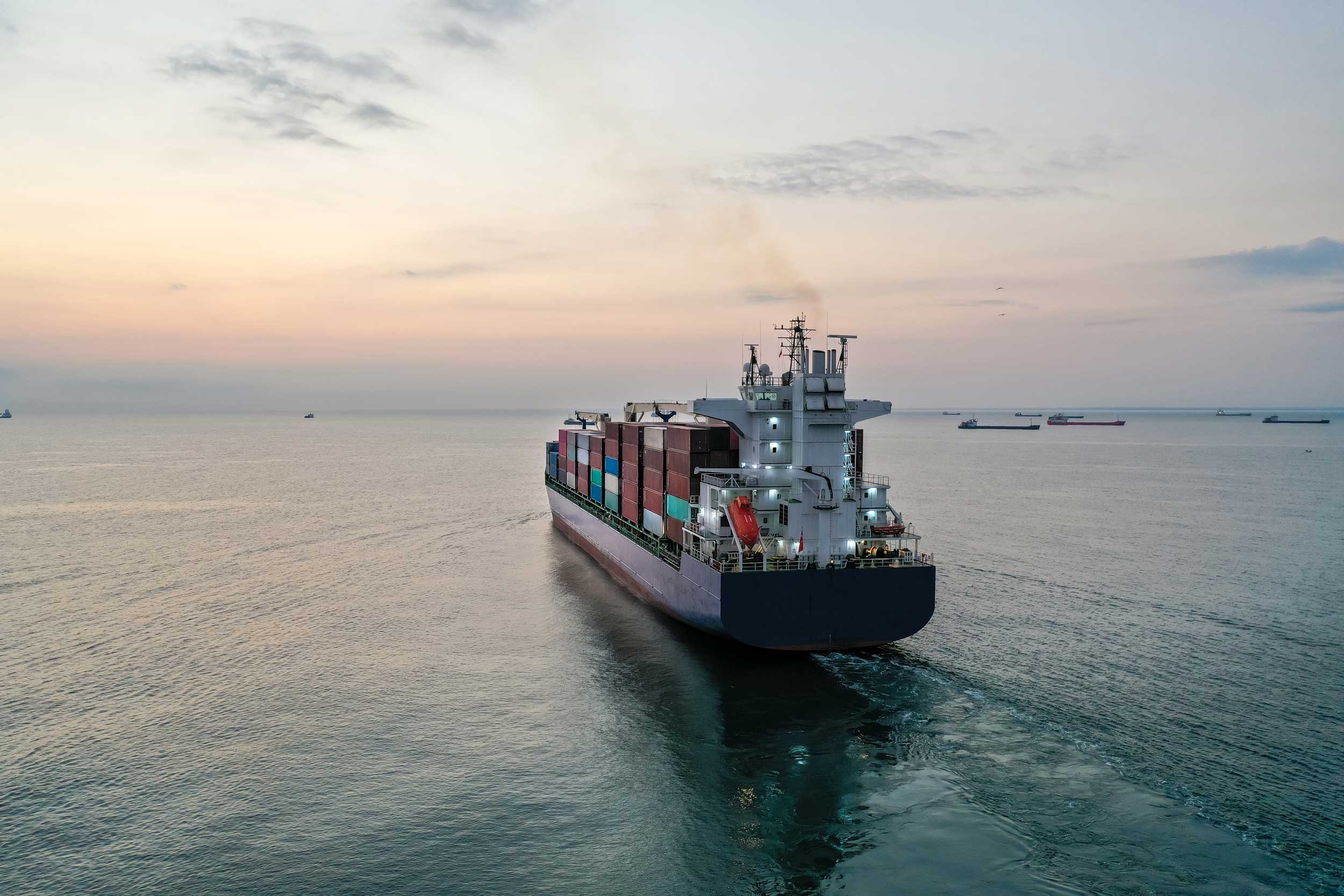 In 2008, the California Air Resources Board, charged with cleaning up the state’s often dirty air, decided to take bold aim at a major source of pollution: fumes from the sulfur-laden fuel used by container and cargo ships that bring goods to the busy ports in Southern California and the San Francisco Bay Area.

The air board said that banning the use of high-sulfur fuel by ships and tankers transiting within 24 nautical miles of the coastline was “necessary to improve air quality and public health in California.” For the most part, the shipping industry has complied but with a major caveat: When not directly entering or exiting a port, northbound and southbound ships can travel outside the 24-mile limit and shift their engines to cheaper but more sulfur-laden fuel.

Their findings are reported in “Local Standards, Behavioral Adjustments, and Welfare: Evaluating California’s Ocean-Going Vessel Fuel Rule,” published in the May edition of the Journal of the Association of Environmental and Resource Economists.

“A number of empirical studies have focused on how behavioral responses on unregulated margins affect the benefits or costs of policies,” Klotz and Berazneva report. “We know of no other study that directly estimates the welfare impacts of behavioral adjustments in the context of local air pollution policy.”

In an interview, Klotz said the project started with a simple but daunting suggestion by Berazneva: “Let’s work on shipping.” The result was a years-long deep dive into data — such as fuel use, cost, speed, distance, shipping routes, non-compliance fines, and minute-by-minute vessel locations amounting to millions of observations.

The conclusion by Klotz and Berazneva: The emission control area (ECA) has been a significant success in helping to reduce air pollution. But the strategy of ship operators to move when possible outside the 24-mile zone (called behavioral responses) and use the cheaper fuel, with sulfur fumes wafting ashore on the wind, has noticeably limited the ECA’s potential effectiveness.

“Any associated increase in fuel consumption outside the [24-mile margin], where vessels can continue using high-sulfur fuels, leads to an emission spillover that undercuts the environmental benefits of the sulfur limit.

“Aggregating across all routes and vessel types and assuming our estimates of the impacts of behavioral responses extend for several years, we show that behavioral adjustments eliminated about $77 million of the roughly $1 billion in potential net benefits — reductions in pollution damage less fuel cost estimates — during the 29 months the original California ECA boundary was in place.”

For every $1 saved by using cheaper but dirtier fuel, pollution damages increase by $2.6 — a sign of the destructiveness of airborne sulfur. Given the high volume of shipping along the California coast, those damages continue to amount to millions of dollars per month.

Two suggestions are made for both the California ECA and other areas considering imposing an ECA. First is to adjust the limits of the ECA. In 2011, the California ECA was adjusted to include the Santa Barbara Channel, making it less likely ships will use the channel to avoid the sulfur rule. The second suggestion is to consider subsidies to help the shipping industry cope with “substantially higher” costs for using the cleaner fuel.

Enforcement reports of the California Air Resources Board, which averages about 620 inspections per year, showed a non-compliance rate, including small violations, of around 5%, hardly an indication of an industry of environmental scofflaws.

Still, the tendency of the industry to reroute its ships outside the 24-mile limit and save money by shifting to cheaper fuel was surprising.

“I think the most surprising thing in this project was just how sensitive vessel behavior was to the high-priced fuel,” Klotz said, “and that, in general, the adjustments were exactly what economic theory would predict. This made the exposition and the empirical analysis extremely clean, which I wasn’t expecting going in.”

Given the industry’s sensitivity to the cost of fuel, targeted subsidies could prove helpful in further reducing air pollution along key routes, according to the report. For example, a subsidy of $21,000 per voyage for container ships making the Los Angeles/Long Beach voyage to the San Francisco Bay “would generate a $37,000 gain in environmental benefits,” according to the research.

While the focus of this paper is on the West Coast of the United States, the findings could have applicability to other ports and other regions worldwide, and the need for further research will remain a future priority.

Similar ECA rules have been established in the North and Baltic seas and are being proposed for Australia, Norway, Japan, and the Mediterranean Sea. The goal is to reduce the “fine particulate matter” known as PM2.5, which leaves the sky hazy and can harm the health of populations even miles away.

A footnote in Klotz and Berazneva’s paper mentions a 2018 study, warning that changes in shipping routes off the California coast, for example, could harm the ecosystem by increasing underwater noise and the “probability” of fatal collisions between vessels and whales. Whales, noise, PM2.5, fuel costs, ECA rules, possible subsidies — all are targets for important study.

Klotz and Berazneva conclude that, “given the magnitude of the behavioral changes we identify, the optimal design of maritime air pollution policies is an important area for future work.”