Digging Into Our Dependence on Agrichemicals 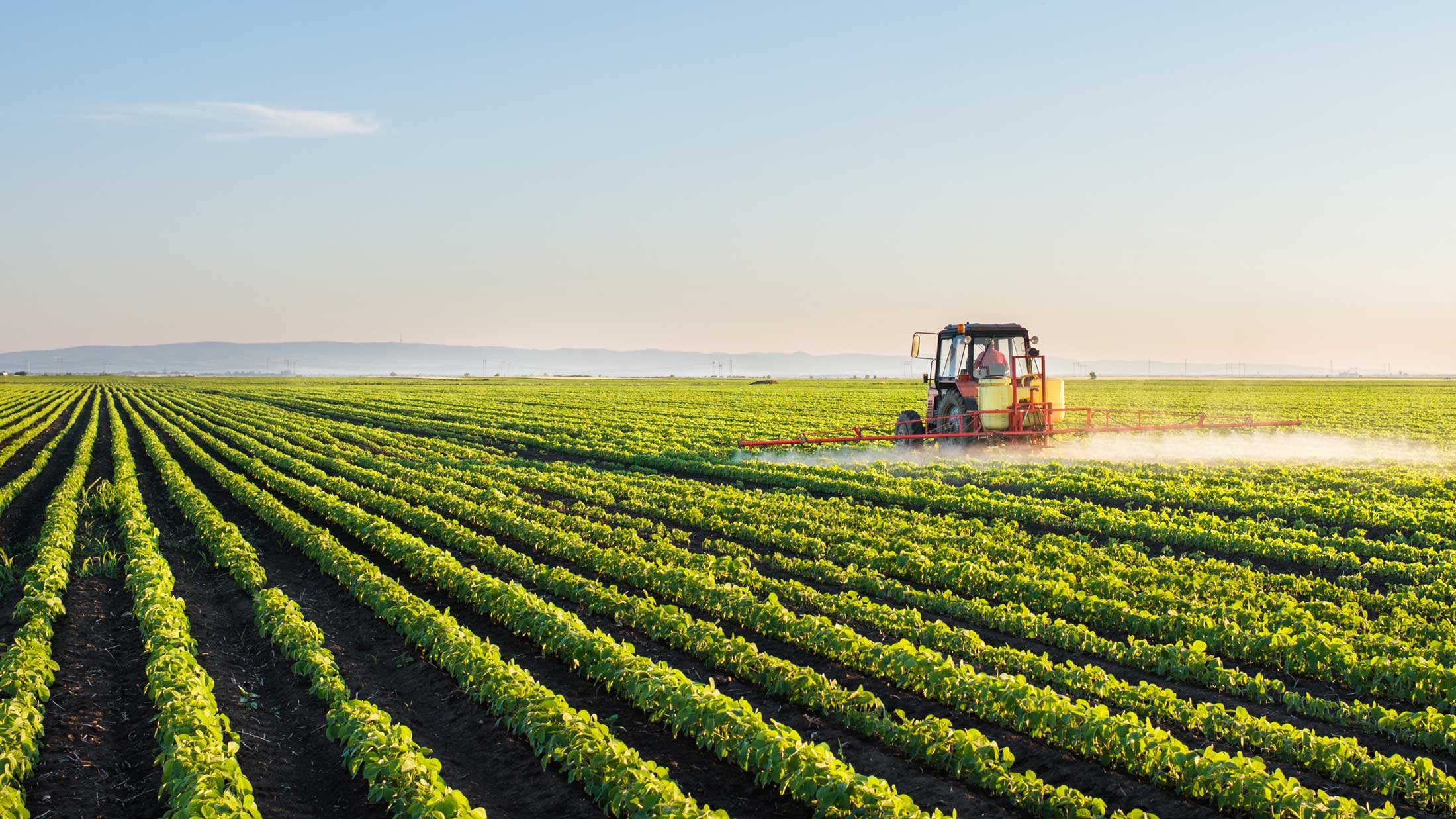 If you live in an area rich with agriculture, like the rural farmland that surrounds Hamilton, N.Y., there are not many degrees of separation between you and a farmer who has considered whether to use agrichemicals.

Agrichemicals encompass pesticides and herbicides, and they have become prevalent in agriculture around the country, which means they’re also prevalent in the places we live.

But, it hasn’t always been that way, and Colgate Professor of History Heather Roller’s newest research project explores how farming got here — and how the perceptions and uses of agrichemicals have changed over time.

“This topic, whether people know it or not, is really important in our lives,” she said. “But it wasn’t inevitable that agricultural practices would be so heavily dependent on agrichemicals. And it’s worth digging into the last half century to see how we got here.”

To begin digging into this history, Roller is interviewing conventional and organic farmers in the central New York region, including many who have generations of farming experience in their families. She’s asking them about their past and present farming practices and how they’ve navigated decisions to use — or not use — agrichemicals.

She’s also speaking with people who live in proximity to farms, to find out how they feel about living near agrichemicals and to see what environmental changes they’ve noticed over time.

Through these interviews, Roller has discovered that there’s a much larger range of agrichemical practices than she expected — and that many farmers are able to trace changes in agrichemical use, perhaps even going back to their parents and grandparents.

“There are so many variables that they’ve constantly had to think about,” she said. “They’re often balancing economic, environmental, and regulatory factors, short- and long-term implications of chemical use, and even their personal values and identity.”

Roller was inspired to pursue this project after conducting research in Brazil and witnessing how dramatically the country’s landscape changed as the use of agrichemicals expanded. She grew interested in zooming in on the transformations that have happened in the United States.

“I realized agricultural transformations look really different from place to place,” she said.

But when she first started this research, the actual project was still amorphous, and she wasn’t entirely sure what direction she would go — until she brought on two student researchers, Emma Dexter ’23 and Kayla Gutheil ’24, to help shape the project.

When they heard about Roller’s plan to eventually gather oral histories around these themes, the students embraced the idea of doing a first set of interviews this summer. After reviewing best practices and thinking about the ethics of collecting oral narratives, they decided to begin recruiting people to interview.

The conversations about the complexity of this issue have been eye-opening, she says, and they have shaped the questions she’s probing, as well as the focus of her research.

And there’s a depth to oral histories that she can’t find in an archive. The smell of corn silage, the feel of manure stuck to her shoe, the views from an ATV ride on which a farmer took her, so she could see the different weeds he was dealing with and the damage to his crop of alfalfa.

“I love that I have these life stories communicated orally and transcribed, alongside my perceptions of the places and the interactions that I’ve had,” she said. “I’ve never had this kind of multimodal archive before.”

And her student researchers have continued to make meaningful contributions to the project, she says. They accompany her to every interview, and she leaves space for them to ask their own questions, which often differ from those that she brings to the conversations.

“It’s really great to see how they’ve connected, and how they’ve been able to elicit different kinds of stories from the people we’re interviewing,” Roller said.

For the next phase of the project, Roller will visit other rural areas to speak with farmers and people living adjacent to agriculture in other regions. She’s currently exploring potential locations in California and the Midwest.

“The idea is to really think about how practices, approaches, and attitudes about agrichemicals have changed over time,” she explained. “And I expect these histories are going to look different from farmer to farmer and also from region to region.”

Roller will also turn to archival research to complement the oral narratives. She hopes to consult sources produced by government agencies, including the Environmental Protection Agency and the Department of Agriculture, corporate documents and archives, and public records like pesticide misuse investigations.

Roller plans to use this research to write a book about the social and environmental history of agrichemicals — a work she hopes will be appealing and accessible to a broad audience, from those with well-formed opinions on agrichemical use, to those who are just curious but don’t have a clear idea about what’s happening across the sector of agriculture.

“I’d like the book to draw people in, and then hopefully they’ll learn something about how agrichemical use came to be embedded in rural communities across the country,” Roller said.

“I’m really interested in how historians can play a role in this issue,” she added. “There are so many people who study this topic from other disciplinary angles, and I think historians can bring that longer perspective of how we got to where we are now and where we might go from here.”