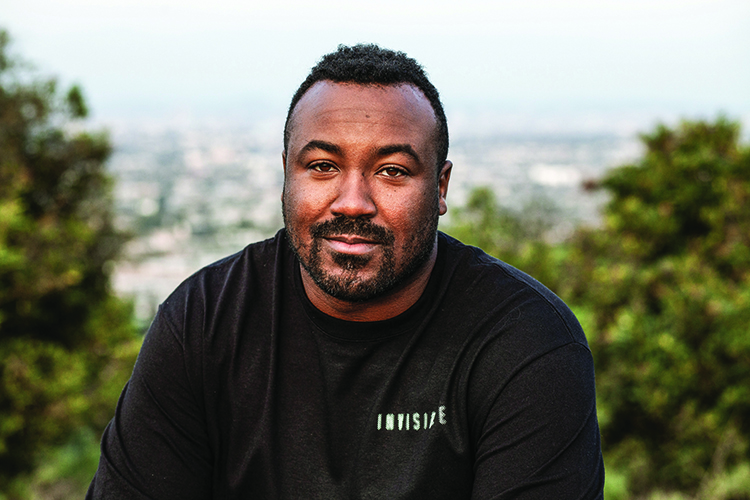 When choosing which brands to support, more people than ever say they care about seeing diversity represented through advertising, according to a 2019 study by Adobe.

With an ambition of integrating more diversity, equity, and inclusion within the advertising space, Justin Polk ’03 cofounded the Invisible Collective with two partners in 2019. Their mission is to “let the underrepresented be represented within the industry,” Polk says. “Whether that be minorities, women, LGBTQ+, or people with disabilities, [we want] to let their creative visions be seen.”

The collective’s objective is to include more diverse professionals both onscreen and behind the scenes to more accurately reflect the cultures, interests, lived experiences, and diversity of the nation.

Invisible Collective offers the full spectrum of creative services, including writing, directing, filming, and producing, as well as offering cultural consulting to ensure projects meet the client’s intended goals of reflecting more diversity and inclusivity in their commercials and campaigns. The creative studio has managed campaigns for major tech companies and brands such as Spotify and Amazon, as well as animation projects, music videos, and short films.

When Polk directed a Verizon commercial campaign earlier this year featuring first responders, 90% of the cast and crew were women or minorities. “The client’s reaction was they had never seen a photoshoot like that, and they were inspired by it,” he says.

Polk’s plan hasn’t always been to revolutionize the advertising industry. But when he was working internally at an agency as a producer and director, he found the lack of diversity within advertising agencies and the lack of opportunities to lead creative work frustrating. He knew he wasn’t alone; this inspired the Invisible Collective.

It’s an ad’s “creative,” such as its messaging, images, and hook, that connects the consumer to the product or brand. Polk’s idea for launching his own production company and studio was to have more diverse people involved in the process of developing those aspects. “The only way I felt like we could get diverse voices heard was through the creative,” Polk says. “In film, television, and advertising, creative is king. [It] is what everything is built off of; so, I needed that backbone.”

Polk worked in sports marketing and then in the film and TV industries before getting his start in advertising. He landed a position with Deutsch LA, where he absorbed and learned as much as he could. “I was able to use my time like a mini film school,” Polk says.

While with Deutsch LA, Polk’s big break came when he was assigned to direct the production of digital assets, including 30-second ads and banners, to accompany a TV commercial that Sprint intended to air during the World Series. After turning in his project the day before his paternity leave, Polk was amazed to learn that his work would be featured on TV instead of the previously planned commercial. “[It] resonated with them,” Polk says.

In that moment, both his first child and his advertising career were born. “That made me think it’s not just me pretending,” Polk says. “I felt like I can really do this, so let me make it happen.”

That was 2016. Now, Polk is continuing to make things happen and take on new challenges. Even despite the pandemic — which brings unique challenges around networking and working on sets — the Invisible Collective continues to land new clients, and Polk is executing his vision of making the unseen finally and fully seen.