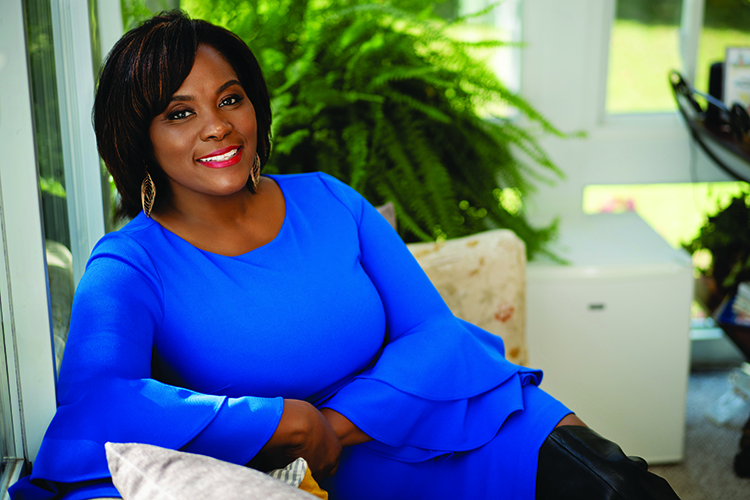 Innovator fixes her sights on the “digitally invisible.”

In her mind’s eye, Nicol Turner ’90 Lee sees kids she tutored in a small computer lab in Chicago while she was a graduate student. She sees adults from the city’s overwhelmingly African American South and West sides whom she steered through online job applications.

“During the hours I spent volunteering as a tutor to those young children and as a counselor to parents seeking employment opportunities or public benefits, I realized that technology would soon become the new driver of inequality,” says Turner Lee, who was tapped in 2020 to direct the Center for Technology Innovation at the Brookings Institution.

Her forthcoming book, Digitally Invisible: How the Internet Is Creating the New Underclass (Brookings Press, 2021), addresses the lack of digital connectivity in America versus other countries and how the internet has become a commodified privilege rather than a human right.

As she was finishing the book, COVID-19 began laying bare a range of systemic inequalities. “We [often] only consider historically disadvantaged groups to be the ones on the wrong side of digital opportunity — African Americans, Latinos, and indigenous people,” she says. “In my book, I argue that this new underclass also consists of older Americans and rural residents, especially small farmers who, without access to the internet, cannot be productive.”

The lack of digital access also hurts small businesses in communities with limited broadband. And it ensnares millions of schoolkids who are without online access required for distance learning, says Turner Lee, whose qualitative research for the book included a listening tour throughout the nation’s urban and rural communities.

“We are seeing COVID-19 exacerbate existing inequalities. And now we are seeing the correlation between the lack of access to broadband and poverty, which makes people digitally invisible.”

Turner Lee is a sociologist — whose doctoral studies at Northwestern University placed her in proximity and relationship with Chicagoans — not a tech head. In 2009, while job interviewing with an African American think tank in Washington, D.C., former Federal Communications Commission chairmen William Kennard (a Democrat) and Michael Powell (a Republican) encouraged her to accept the offer and bring her influence to the nation’s capital. (Last year, the FCC estimated that 18 million Americans had no internet service before the pandemic. Turner Lee says that tally surely has grown amid a COVID-fueled joblessness that’s slashed household budgets and internet service. Still, she cautions, the U.S. government has not precisely tracked where internet exists or is absent.)

“Both of them,” Turner Lee says of former commissioners Powell and Kennard, “recognized that this issue of digital connectivity that I was evangelizing about was important.”

Indeed, after landing in D.C. as the first media and technology director at the Joint Center for Political and Economic Studies, she conducted the first major research on barriers that have kept Blacks and Latinos, disproportionately, from access to the internet. The FCC’s National Broadband Plan cited her research.

Now, at the nonpartison Brookings Institution, Turner Lee has continued to enumerate the nation’s digital shortfalls, including the fact that some other nations provide free internet for all. If the United States does not catch up, she says, it will worsen the disparities she’s been working to erase.

Turner Lee’s day-to-day duties at Brookings has her addressing (via Zoom) U.S. and international audiences about digital inclusion; leading Brookings’ efforts to address inherent racial biases in machine-learning algorithms; talking with educators, industry leaders, and community activists about how to get online access to all distance learners; and writing policies she’ll funnel to President Joe Biden’s administration.

“We can do this as a country,” Turner Lee says. “It’s largely a matter of revisiting the social contract around what it means to be a digital citizen. It’s a matter of modernizing, as well as reimagining, tech policies within a 21st-century context — and centering them around racial and economic equities.”