Lessons in Living (and Dying) 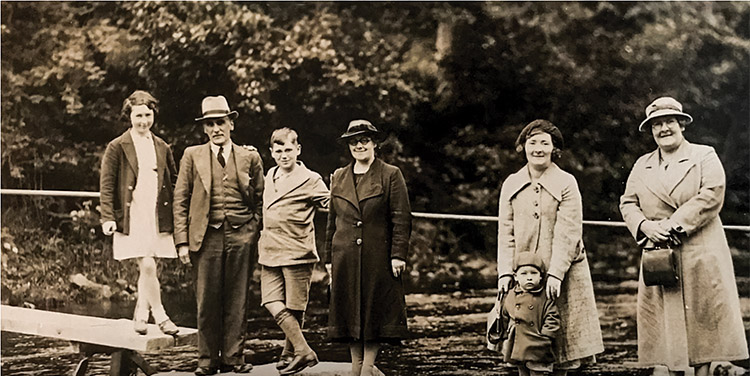 The students wore earplugs, gloves stuffed with tissues, goggles smeared with Vaseline, and heavy shoes. They had to concentrate to hear my instructions over the static playing in the room. I watched as they awkwardly moved around the classroom, completing tasks like sorting laundry, buttoning up a shirt, counting change, and writing a note and putting it in an envelope.

Half an hour later, the “old age” simulation ended. “I was so nervous,” one student said, “and I had the hardest time buttoning this shirt.” “I couldn’t hear anything,” commented another. “My feet felt so heavy, and I wasn’t sure I could do this,” another added. These high achievers were relieved to have accomplished the tasks to the best of their abilities. And yet, they found meaning in the ways in which their perception of ability had shifted.

Experiencing agency in the context of constrained mobility and balance, hearing, and tactile potential — for a mere 30 minutes — accompanied by the associated anxiety and decreased confidence, gave students a sense of what it might feel like to be old.

My hope with this exercise is that students in Sociology of Aging and the Life Course can better empathize with elders, including those with whom they’ll spend many hours during the class. As part of this reading- and research-intensive course, each student must dedicate at least 30 hours outside of class time to a project in which the student befriends a local elder, conducts a two-part life history interview, and works with this elder to convert some aspect of their life history into a five-minute digital story.

In the class, students also reflect on their own generational contexts and individual turning points as young adults. We read about how young adulthood in America, particularly among the privileged, has turned into an extended period of life, much like old age. We talk about how many of them would soon be “boomerang kids,” returning to living at home with their parents after college. We discuss middle age, a time of life when the “weathering” effects of racism, poverty, and global beauty norms are starting to set in. Eventually we get to the reality of our aging population. Students participate in the old age simulation, and when we get to the death and dying unit, they write their own obituaries.

What Constitutes a Meaningful Life?

(responses from students, but often echoed by elders)

Twenty-year-olds writing their obituaries? Yes, I’m serious. For the first time, they are not writing about résumé-level accomplishments. They are reflecting on what has given their lives meaning; they are asking themselves what constitutes a full life (see sidebar). This always results in a rich discussion about truly living, while at the same time, normalizing dying in our death-denying culture. This year, in particular, these conversations about death helped us to collectively grieve when we were called to — which was something none of us expected.

Almost a month before graduation last semester, Sociology of Aging students, their elder partners, and family and friends attended a big-screen viewing of the digital stories. We crammed into Lawrence 20 to watch and learn about the life stories of 14 elders who had transformed the students’ lives. We dedicated the screening to Alice Bowie, a former resident at Madison Lane, who had passed away during spring break. In her digital story, Alice’s voice rang strong as she talked about crossing a giant bridge on her way to Niagara Falls and admiring the beautiful clouds in the sky during an unforgettable family vacation. What we didn’t know then was that nonagenarian John Morris, former dean of the faculty and acting president at Colgate, who sat in the audience and chuckled at his own reminiscences of dating his late wife, would leave us just a few weeks later. But that day in Lawrence, we laughed and cried together, as students and elders traded inspiring stories and congratulated one another on their collaborative projects.

Our group bonded together through unique forces, some outside of our control. First, although students and elders sign a contract to meet three times during the semester, this group defied all expectations, many meeting and talking by phone weekly, if not more. As I’ve found in previous years, the pairs oftentimes end up having more in common with each other than one might expect. For example, this past semester, Alice and Allison found that they both value family above all else. Meanwhile, Julia and Wynn enjoy sharing travel stories and reflecting on the meaning of life. And every morning in Lineberry Natatorium, Sylvia and Liv (who is on the swim team) saw each other and started their days together.

Second, for all of us, losing elder partners during the semester was new and challenging. Past digital stories have been used in memorial services, but this level of loss had never happened during the semester of our partnerships, and never within mere days after talking with these elders. For some students, these were their first experiences losing people close to them.

We grieved together as a class. We revisited the topic of meaningful lives and saw how those elders achieved this. Then we connected with relatives and friends of the deceased and shared our projects. Some of us went to Madison Lane to show Alice’s digital story and discuss her life with the residents. We rushed to put the projects online so that family members —  including John Morris’s faraway family and friends — could access the digital stories. At the same time, elder Hamilton residents who had attended the screening wrote emails expressing their appreciation for the digital projects. Some Hamilton residents who had never participated in a life history project volunteered to be part of future courses. All of this was overwhelming, but also affirming.

Throughout the last decade, approximately 50 local elders have been central to the success of this course and have helped transform students’ lives. Those relationships, and the course, will continue. What a gift.

— Meika Loe is a sociology and women’s studies professor who is author of Aging Our Way: Lessons for Living from 85 and Beyond (Oxford University Press, 2011). An ethnographer, she has spent the last 15 years following elders, walking with them through their daily rituals. Loe’s form of immersion also involves volunteering for hospice, attending town hall meetings on aging, and visiting care facilities.