Out of Office: Professors on sabbatical examine real-world issues 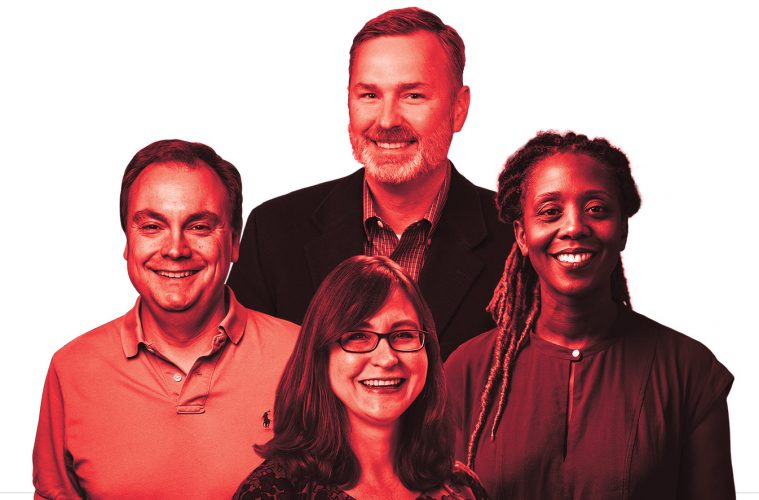 Travel, writing, research. When faculty members go on sabbatical, it’s no vacation. Here are four examples of professors delving into their disciplines to examine real-world issues. If your refrigerator is on the blink, you call Maytag for a repair. But what do we do when a bridge breaks down, or a hurricane causes social order to collapse, or the safety of the U.S. nuclear arsenal is under threat? In Repairing Infrastructures, a new book he is co-authoring, sociology professor Christopher Henke argues that the notion of repair is just as important on a national or global level as it is on a personal level — and yet it is often overlooked by policymakers and sociologists. Henke argues that infrastructure requires a complex navigation through physical, social, and political structures in order to maintain its essential place in modern life. How low can you go? For physics professor Ken Segall, the answer to that question is minus 272.9 degrees centigrade, just a quarter of a degree above absolute zero. At that temperature, tiny metal circuits printed on silicon chips can become superconductors, with the ability to transmit electrical impulses with no energy at all. Segall has used these superconducting chips in the past to explore quantum computers and electrical vortices. His current research project is using them to create artificial neurons to replicate the human brain — in hopes of teaching computers to perform heretofore difficult tasks, such as quickly recognizing human faces. People vary widely in how they make decisions, even trivial decisions like picking a restaurant meal: at one end of the spectrum are “satisficers,” who order quickly off a menu and are generally happy with what they get, and at the other end are “maximizers,” who agonize over every dish in an effort to have the best meal and then still often wish they’d ordered something else. Psychology professor Rebecca Shiner has shown in her past research that, when given choices that are reversible, maximizers can feel as happy with their decisions as their satisficer tablemates. But many choices in life are not fully reversible, which leaves maximizers feeling regretful about much of what they have chosen. In her current work, Shiner is investigating the possibility that what fuels maximizing is a self-defeating attempt to prevent future regrets. When the slaves who were brought to Jamaica worked in urban areas, they lived in “yards” with high walls so their owners could keep them under careful watch. Kezia Page, associate professor of English and Africana and Latin American studies, has seized upon the idea of “the yards” to explore the central role surveillance has played in Jamaica over the decades. In research for a new book, she starts in the 1940s when the yards were used to surveil colonial Jamaica’s black population; jumps to the 1970s to examine the attempted assassination of reggae singer Bob Marley in a probable CIA plot; and concludes with the 2010 Tivoli Gardens incursion, a U.S.-backed attempt to apprehend a popular drug lord that left 73 civilians dead and changed Jamaican society.