When Pollutants Team Up 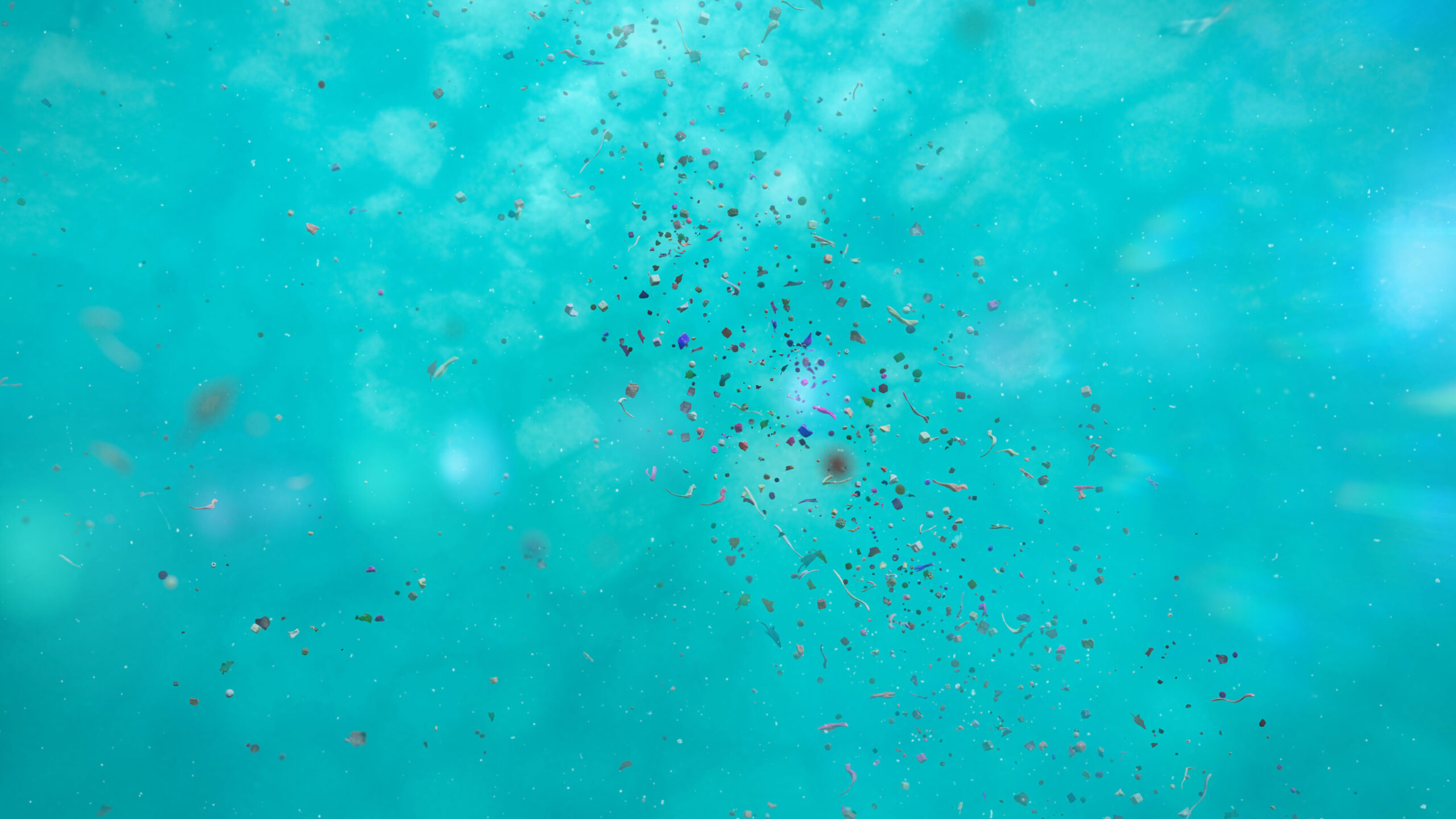 If you’re reading this, you are almost certainly not a fish. But Linda Tseng, assistant professor of environmental studies and physics, thinks we humans need to take the perspective of our water-dwelling friends more often.

Tseng is an environmental engineer who’s especially interested in water quality and pollution. In her research, she’s working to show how the substances we throw away and rinse down our drains might affect the environment and other creatures. For her newest paper, published this August in the journal Water, Tseng looked at how two types of water pollutants might team up to create more trouble.

The first member of this bad-news team is microplastic. The term means any small bit of plastic, usually 5 millimeters across (about the size of a pea) or less.

Microplastics can be produced when trash breaks down in the ocean, for example, crumbling into small pieces. Or they can be manufactured intentionally, such as tiny scrubbing beads in face wash or toothpaste. A 2015 law banned these so-called microbeads in the United States, after researchers became aware of how many were ending up in waterways.

But microplastic isn’t a problem specific to water. “It’s actually everywhere,” Tseng says. Scientists have found microplastic in the bottom of the Mariana Trench — the deepest part of the ocean — as well as floating in the air at the tops of mountains, and inside our bodies. No one knows how all that plastic affects us, or the fish and other animals that are eating, drinking, and breathing it too.

One familiar concern is that the chemicals that make up plastic can leach out. Some of these chemicals, such as phthalates, are already subject to regulation. But Tseng is interested in another group of chemicals known as “contaminants of emerging concern.” These are substances the government doesn’t yet regulate in water, such as from personal care products, or pharmaceuticals that come out in our urine.

“All of these things come together in wastewater treatment,” Tseng says. When we wash our hands, shower, or flush the toilet, “They all go into the sewer.”

Tseng wanted to know what happens when these contaminants meet up with microplastics in the sewer pipes. Plastic can absorb other molecules — as you know if you’ve tried to scrub out a plastic container that now has the color and smell of your leftover spaghetti sauce. Tseng wondered whether plastics similarly soak up the various contaminants in wastewater.

She and her coauthors tested three types of plastic. Some were easy to find: For polystyrene, she cut Solo cups into strips. Polyethylene came from clingy plastic packaging that she also cut up. Polyvinyl chloride, or PVC, is very hard, so she asked the University’s machine shop to cut shavings off of a PVC pipe with a lathe. In addition to these large pieces, the scientists tested microplastic pellets of the three materials.

The researchers put the large and small plastic pieces into water that contained six contaminants of emerging concern, including familiar chemicals such as ibuprofen and acetaminophen.

One week later, they found that both the large and small pieces of every type of plastic had absorbed at least some of the contaminants. “The plastic can take them on and retain them,” Tseng says.

But what does this mean out in the world?

Wastewater treatment wasn’t designed for any of these substances, Tseng says. The treatment filters out most microplastic before releasing water into the environment, but not all. Some of the chemical pollutants can escape treatment, too. Tseng’s research suggests that whatever microplastic bits escape into the waterways might carry other chemicals too.

“It’s likely that the plastic will take up some of them and then carry them downstream,” Tseng says. Microplastics “can basically be a vector of these chemicals.”

A person might say, “‘Who cares? It’s just a little bit of the chemical on a little tiny piece of this plastic,’” Tseng says. “But we don’t live in water. Fish live in water all the time.”

Fish that gobble up microplastic bits might also be eating whatever chemicals are attached. Some of these chemicals are endocrine disruptors, Tseng says, which means they could affect an animal’s development. Animals such as oysters, which feed by filtering the water, could end up with microplastic and its piggybacking pollutants trapped inside them. Seabirds might swallow fish and shellfish that have been peppered with pollutants.

These chemical contaminants can also end up in the ocean without riding on plastic. But, Tseng says, being attached to plastic might help contaminants survive longer in the environment. Sunlight and microbes that normally break down these chemicals may have a harder time reaching them when they’re stuck to a plastic chunk.

Now that she’s seen how pollutants can cling to plastic, Tseng and her colleagues hope to learn more about what happens next. For example, she says, “We want to know if they come off of the plastic.” It’s possible that contaminated plastic might pass through a fish or bird or turtle without doing any harm, she says: “If the chemicals just get stuck on the plastic and don’t do anything, and then just get pooped out, maybe that’s fine!” But if the chemicals come detached in the acidic environment of an animal’s stomach, they might be more likely to affect the animal.

Learning how prevalent microplastics are in the environment has made Tseng cautious about her own contributions. For example, she says, “I don’t buy any clothing now that’s made of synthetic materials,” such as polyester or nylon. These materials can shed tiny plastic fibers into the environment. “I know how much microplastic they can generate, just walking around, or when I’m doing my laundry,” she says.

Tseng also avoids buying groceries such as snack foods that come in single-use plastic packaging. But, she adds, that’s not too hard. She does a lot of her own cooking anyway — not only because she’s hungry to protect the environment, but because she’s vegan and she’s the regular kind of hungry. “There’s not a lot of vegan options” at the grocery store, she says.