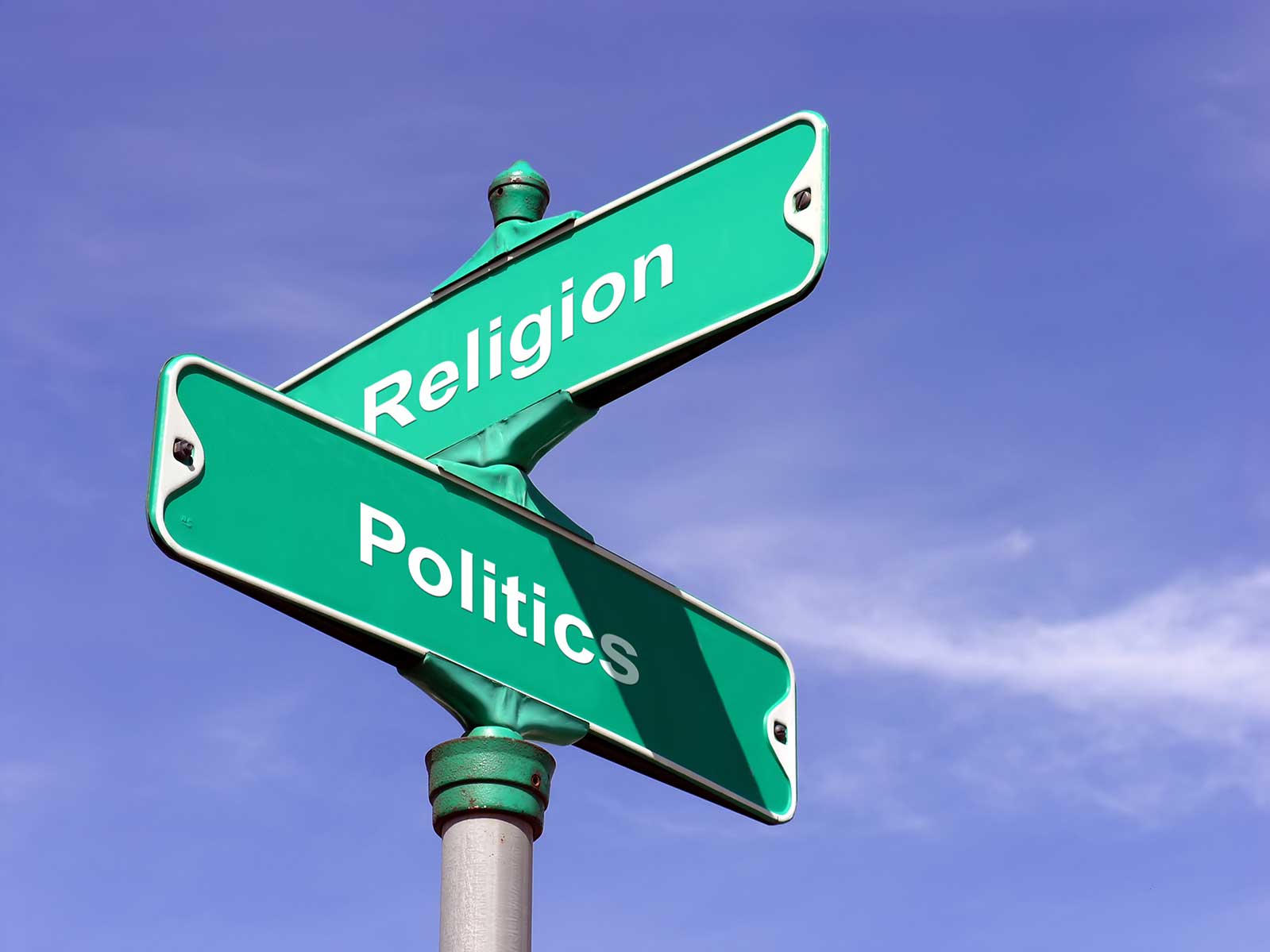 In 1998, world leaders came together to celebrate the 50th anniversary of the Universal Declaration of Human Rights — a document created in the United Nations that was the first to spell out the unalienable rights of all human beings around the world. President Clinton echoed many observers at the time in calling it “one of the most important documents of the twentieth century.” In praising the document, leaders painted the picture of an assemblage of nations coming out of the wreckage of World War II to unanimously espouse the principles of freedom of expression, assembly, movement, and education.

As Associate Professor of Religion Jenna Reinbold describes in her new book, Seeing the Myth in Human Rights, the formation of those rights was anything but a given — and they were trampled on almost immediately after they were framed. “At the same time, you had the beginning of the Cold War, and the language of human rights disappeared for years after the declaration was created,” says Reinbold. And yet, beginning in the 1970s, that language began to take on a mythic quality that has enshrined itself in our collective imagination as a vision to aspire to — even if it has rarely been achieved.

“A myth is any evocative narrative that makes its claims not through argumentation but through stating it simply in a way that forecloses upon any questioning or critique.”

In her book, which won the 2018 Award for Excellence in the Study of Religion from the American Academy of Religion, Reinbold describes the fascinating process by which that mythologization has taken place. While the average person may think of a “myth” as a false or fictitious story, the term has a more specific — and less pejorative — sense in religious studies. “I jokingly introduce my book as seeing the myth in human rights, but not in a bad way,” Reinbold says. “A myth is any evocative narrative that makes its claims not through argumentation but through stating it simply in a way that forecloses upon any questioning or critique.”

Reinbold has long been fascinated by the intersection of politics and religion. As a graduate student, she began with an interest in how early Christianity grew from being a fringe faith to the state religion of the Roman Empire. She moved from there to examining the politics of the European Enlightenment, before eventually focusing on human rights. As she began reading through the two years of archives from the United Nations, she saw that the evocation of universal human rights was anything but easy or unanimous. “Every single word was wordsmithed,” she says. Unable to get all countries to agree to a binding document, countries quickly abandoned any kind of enforcement in favor of an aspirational statement of principles that would “have moral force rather than legal force,” she says. Even within that ideal, however, the framers of the document had difficulty agreeing on any kind of divine or transcendent power all religious faiths could agree on as responsible for granting these rights. Early versions of the document, Reinbold says, referenced a “supreme being, or Nature with a capital N — but ultimately all references to a transcendental force fell out of the language because it wasn’t sufficiently universal.” In its place, she says, the framers called upon the language of myth to evoke an unquestionable vision of human rights that, they claimed, has always existed.

They did that through three turns of phrase in particular, Reinbold says. The first is an evocation of “inherent human dignity” that all people possess, from which all of the other rights follow. “It is essentially sacralized as an item beyond critical questioning,” she says. Second, the drafters of the declaration refer to a “human family” in which everyone is equal, regardless of nation, race, or creed. And finally, they evoke a “rule of law,” which should apply to everyone within that family. “They don’t just describe something about the world, they also prescribe something about how that world should work,” Reinbold says. Despite the rocky start of the declaration, Reinbold says, it has over the past 70 years taken on the quality of a given, in part due to an embrace by the United States and other Western democracies in the 1970s and 1980s as a way to legitimize American and European values around the world. “We live in a world in which the language of human rights has become a universal currency for legitimacy when talking about political leaders and political regimes,” Reinbold says. “It has achieved a kind of hegemonic status for talking about justice and how the world should be.”

It’s ironic, then, that just as human rights has achieved a moral supremacy, it faces new threats, not just from outside, but also from within the very countries that have propagated it around the world. “As recently as a few years ago, the Obama administration spoke very much in the mythic language of human rights,” Reinbold says. Within the last two years, however, movements have arisen with the United States and Europe to challenge that consensus. “Populist movements in different parts of the world have taken on traction and deployed a competing narrative about ethno-national-localism and a suspicion of global institutions,” Reinbold says. “They’ve received a stamp of approval from prominent political leaders.” For her next project, Reinbold is examining how the rise of such movements threaten the mythological power of human rights — and whether that power will ultimately prevail.