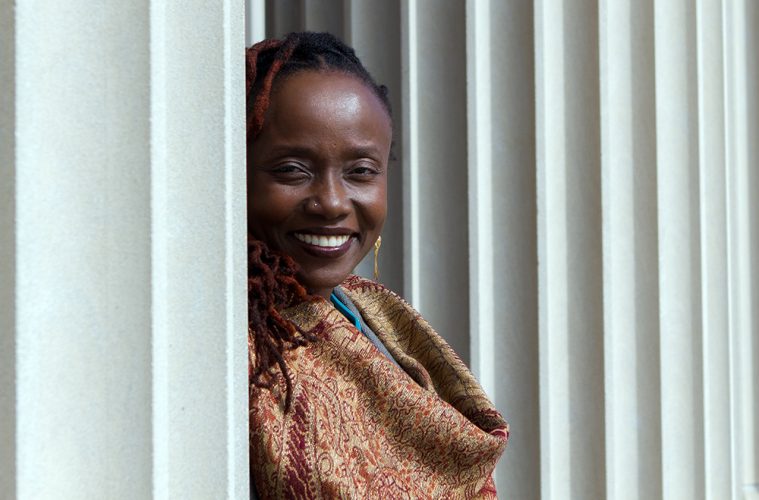 Alexandre was named one of Ebony magazine’s Top 100 influential African Americans of 2013 and one of the 50 “Most Influential Minority Law Professors 50 Years of Age or Younger” by Lawyers of Color magazine. A former civil rights attorney, Alexandre is associate dean for faculty development, professor of law, and Leonard B. Melvin Jr. lecturer at the University of Mississippi School of Law. Her teaching and scholarly areas include constitutional, international, civil rights, and disability law; critical race theory; human rights; and gender.

In her book Sexploitation: Sexual Profiling and the Illusion of Gender, she explores the use of sexual profiling to institutionalize and systemically perpetuate gender and LGBTQ stereotypes. Alexandre’s upcoming textbook The New Frontiers of Civil Rights Litigation will be released in October.

While at Colgate, Alexandre double majored in English and French, with an extra focus on philosophy. She found the Office of Undergraduate Studies scholars program to be the defining moment of her academic career. She was named a Dana Scholar, and was inducted into Phi Beta Kappa. An RA and a tutor, she was a member of the Kuumba dance troupe, and sang with the Sojourners gospel choir. She held leadership positions in both the Caribbean Students Association and the African American Student Alliance. Her high honors thesis explored obsession in French literature, from Zola to Annie Ernaux. She was presented both the Adam Clayton Powell ’30 Award and the 1819 Award — Colgate’s highest student honor — in recognition of her “character, scholarship, and service to others.” At a special event to celebrate the achievements of black graduates at Commencement Weekend 2018, she was the featured speaker, giving words of advice to the graduates.

Alexandre was also awarded a prestigious Thomas J. Watson Fellowship for a year of travel to study the socialization of second-generation Haitians in France, Canada, and across the Caribbean. She went on to earn a J.D. from Harvard Law School.

She will deliver her Mosaic Weekend keynote speech at the luncheon in the Ho Science Center Atrium on Saturday, October 20, at noon.

Mosaic Weekend (October 19–21) will also include panels and workshops on topics ranging from identities in the workplace to “adulting” to career discovery; formal and informal networking sessions; and receptions and meals — all aiming to benefit students as well as participating alumni.