Evolution in the new age of extinction

Humans are evolution’s ultimate consumers. As a global society, we are spending more of ecology’s capital assets than are deposited in Nature’s “entangled bank” (apologies to Darwin). With our human population swelling beyond what Earth can sustain — from 6 billion to as many as 8 to 10 billion people in the next 100 years — we have become our planet’s most powerful geologic and evolutionary force. Yet, our existence is inextricably linked with past, present, and future forms of life, a notion that is (somewhat ironically) often reflected in commercial advertising, as I’ll pick up on later.

Many species are undergoing a rapid decline in population and geographic extent. As long ago as 1986, members of the U.S. National Academy of Sciences warned that biodiversity loss is “a threat to civilization second only to the threat of thermonuclear war.” Our ability to crash evolution’s party, it seems, has ushered in a new age of extinction that threatens Earth’s biological richness, perhaps irrevocably. In fact, some scientists have recommended this new “age” be designated the Anthropocene, signifying the immense impact Homo sapiens is having on our planet.

Recent studies have revealed that 60 percent of ecosystems are damaged or severely compromised. While significantly altering and homogenizing nearly 50 percent of Earth’s land, we protect only 8 percent of rainforests — Nature’s tropical pharmacies — and sequester half of the accessible fresh water for our own use. Nearly a quarter of bird species are extinct, and more than 60 percent of major fisheries will require conservation to help depleted stocks recover. 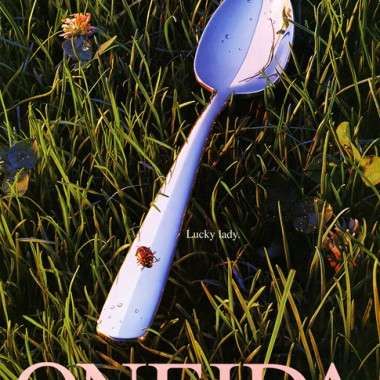 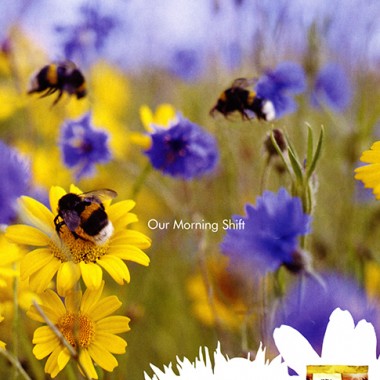 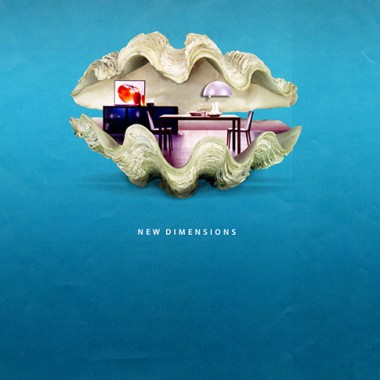 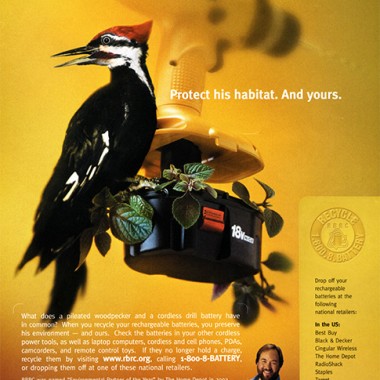 Even the average human lifespan in some developing nations — those in the sub-Sahara, for example — has fallen from 60 to 47 years. As the world’s most gluttonous habitué, we have put ourselves and many of our fellow species over a barrel. We’ve overfished, overharvested, overhunted, overexploited — in a word, overindulged. So it should come as little surprise that our age of consumerism coincides with a new age of extinction.

Perhaps more surprising is how many endangered species are featured in advertisements aimed at consumers around the world. And yet, in featuring these creatures, ads also have the power to build awareness about the importance of other species — directly and indirectly — to our human existence.

Over the years, students in my first-year seminar The Sixth Extinction have collected print advertisements in which wild species are the focal point. We’d discuss how these ads — in humorous, clever, and even quirky or unintended ways — reflect attitudes about endangered species from A (albatross) to Z (zebra): fear and awe, fascination and wonderment, a desire to possess or dominate, and an appreciation for Nature’s purity and elegance.

Thanks to that exercise, I have a burgeoning collection of ads that inspired an idea for a book project to enlighten the sophisticated, savvy spender in all of us. (Many thanks to geology assistants Alyssa Hausman ’09 and Emily Kennedy ’11 for their fact-checking and research assistance on more than 500 ads.) It’s still in the works, but I’ve chosen the title: The Last Good Buy: Evolution in the New Age of Extinction. As a paleontologist, my goal is to heighten awareness about the plight of many wild species as the “Sixth Extinction” gains traction. I’ve chosen to use ads featuring wild species, which provide a huge range of “ecological services” upon which we depend, and about which most people know very little.

Designed to sell us everything from Adobe Acrobat to Ziploc containers, each ad has a hidden message and an important lesson to teach — about ecosystem services, extinction threats, and efforts to conserve these living creatures, some of Nature’s many life-sustaining “commodities.”

My hope is that these images will help to advertise the importance of biodiversity conservation during a time of rapid global change — so that we can continue to derive inspiration and life-affirming benefits from our fellow species before they are lost forever. The fossil record — Earth’s “ticker tape” of past life — reveals that our planet has experienced five cataclysmic events, or mass extinctions. Each mass extinction profoundly influenced Earth’s history by redirecting the course of evolution. As detectives attempting to solve the world’s greatest murder mysteries, students examine when each of these catastrophes occurred, what caused ecosystem collapse, why and where species died, and who survived to begin the evolutionary repair of life.

In the final part of the course, students investigate the severity of the Sixth Extinction, which many scientists believe is already underway as a result of Earth’s most powerful geologic and evolutionary force, Homo sapiens. We also debate modern conservation practices dedicated to preserving biological diversity during a time of rapid global change.

Evaluation is based on writing assignments, oral presentations, a midterm, and a final research paper. Students who successfully complete this seminar satisfy their Scientific Perspectives core requirement.

Editor’s note: A number of Colgate professors are conducting scholarship — and involving their students — in various aspects of humans’ impact on the Earth. This article is the first in what we intend to be an occasional series featuring projects that approach the subject in creative, and sometimes counterintuitive, ways.