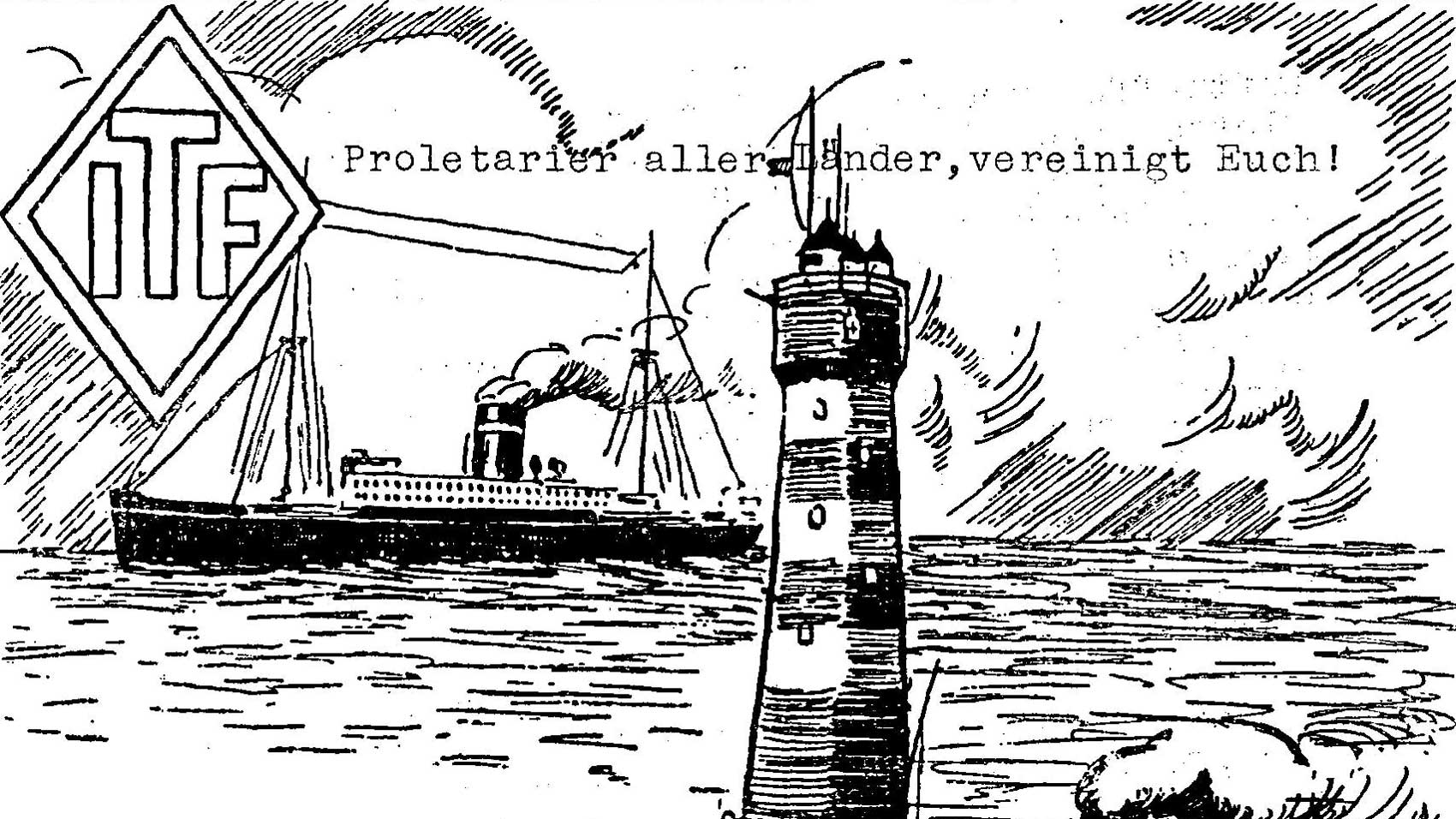 In the years leading up to the Second World War, German seafarers joined forces with an international labor union to combat the rise of fascism.

According to a common, if reductive, view of European history, anti-fascism in the 1930s was less a bona fide resistance movement than an appealing slogan deployed by the Stalinist regime to mask its own totalitarian ambitions.

The reality, according to Jonathan Hyslop, professor of sociology and anthropology and Africana and Latin American studies, holds much more nuance — and intrigue. In a 2018 paper published in Global Networks, Hyslop shows that among working-class groups, anti-fascist resistance was in fact coordinated, transnational, and, importantly, ideologically diverse.

To illustrate this diversity, Hyslop takes as his main characters a little-known but heroic Dutch labor leader named Edo Fimmen and a band of dissident German seagoing workers. Fimmen was secretary general of the International Transport Workers’ Federation (ITF), an unusually progressive-minded entity among international trade unions, thanks to his leadership: the Dutchman had “complex politics that fitted uneasily into conventional political categories,” Hyslop writes. While his group aligned with socialism, Fimmen also imbued it with his internationalist, anti-colonialist, pacifist, even anti-racist values.

The Antwerp Group, on the other hand, was composed of German sailors who, in 1935, had split from the communist-aligned International of Seafarers and Harbour Workers (ISH) as a way of censuring what they saw as their union leadership’s inadequate reaction to the rise of Nazism. Hard-core syndicalists, they believed that in the future society would organize along labor-movement, not political-party, lines. After leaving the ISH, they began to establish a network of like-minded seamen who were ready to engage in “revolutionary work” — that is, work that would undermine the Nazi government.

In 1936, eyeing the ITF’s worldwide connections, the Antwerp Group reached out to Fimmen in a letter proposing that they and his union find common cause, and undertake that work together. Fimmen agreed, on the condition that they operate “on a non-party basis.” As a result, the alliance superseded party rivalries and attracted workers from a range of left-wing political leanings, including not only communists but social democrats, anarchists, Trotskyists, and others.

And it worked. Together, the two groups cultivated an international network of sailors suspicious of the Soviet Union and bent on undermining the rise of fascism. They recruited clusters of on-board activists throughout the German fleet while keeping them decentralized and therefore less vulnerable to detection and repression by Nazi authorities. In just a few years, the reach of the Antwerpers’ “revolutionary work” had expanded from 78 German ships to 322 at the start of the war. Their activities ranged from publishing a resistance newsletter and refusing to perform the Nazi salute to sharing valuable intelligence and disrupting arms deliveries to Franco’s army, as the Spanish Civil War raged. In one issue of the newsletter, a sailor proudly described the “decidedly Nazi-hostile spirit” aboard his ship. Hyslop points out that this overturns another assumption, that of generalized acceptance of Nazi ideology. The Antwerp Group-ITF efforts offer ample evidence, he says, of a “working-class core of opponents to Nazism.”

That sailors were at the heart of such a thriving resistance is no accident, according to Hyslop. The maritime world — the pubs and boarding houses of ports, the crew quarters on the ships — comprises a set of marginal spaces, he says, and is therefore difficult for the state to control. This separateness, both physical and psychological, was conducive to the seamen’s resistance activities.

It’s a world that first captured the South African’s imagination at the age of 10. Hyslop’s father took him to the harborside in Durban, where they watched Japanese sailors unloading a ship. “It was the most exciting thing I’d ever seen,” he says. He went on to become an expert on (among other topics) maritime history, labor history, and the history and sociology of war. The historical approach to his areas of sociological inquiry is a sign of his comfort with crossing, or even straddling, boundaries: “I’m not really concerned with policing disciplinary lines,” he says. “I think that intrinsically, history and sociology are very connected.”

Hyslop also thinks that history has urgent lessons for today’s world, especially when it comes to understanding and combatting the recent rise of extreme-right groups and political figures. In the ’30s and ’40s, opposing fascism was a formative experience: you knew what you were fighting against, and that informed who you were. Indeed, the reaction against Nazism undergirded democracy. We overlook this at our peril, Hyslop notes, pointing to studies that show some of this history has begun to fade from the public consciousness.

“This kind of forgetting,” he says, “relates to a weakening of democracy. The legacy of anti-fascism was really important for democratic self-definition.” Conversely, misrepresenting militants such as the antifa movement, as politically illegitimate — a tactic recently used by the right in the United States — is also dangerous. “It seems to me that when you have a rhetoric in which being against fascism is bad,” he says, “then you’re really in trouble.”

An appreciation of the truly pluralistic and transnational nature of the workers movements that stood up to Nazism is vital to envisioning a more hopeful and humanistic model than the one some societies face today. “The idea that you could only feel empathy or solidarity for people who have got the same passport as you is a very dangerous way of thinking about the world,” Hyslop says. “You can’t draw the boundaries of humanity at the boundaries of your country.”