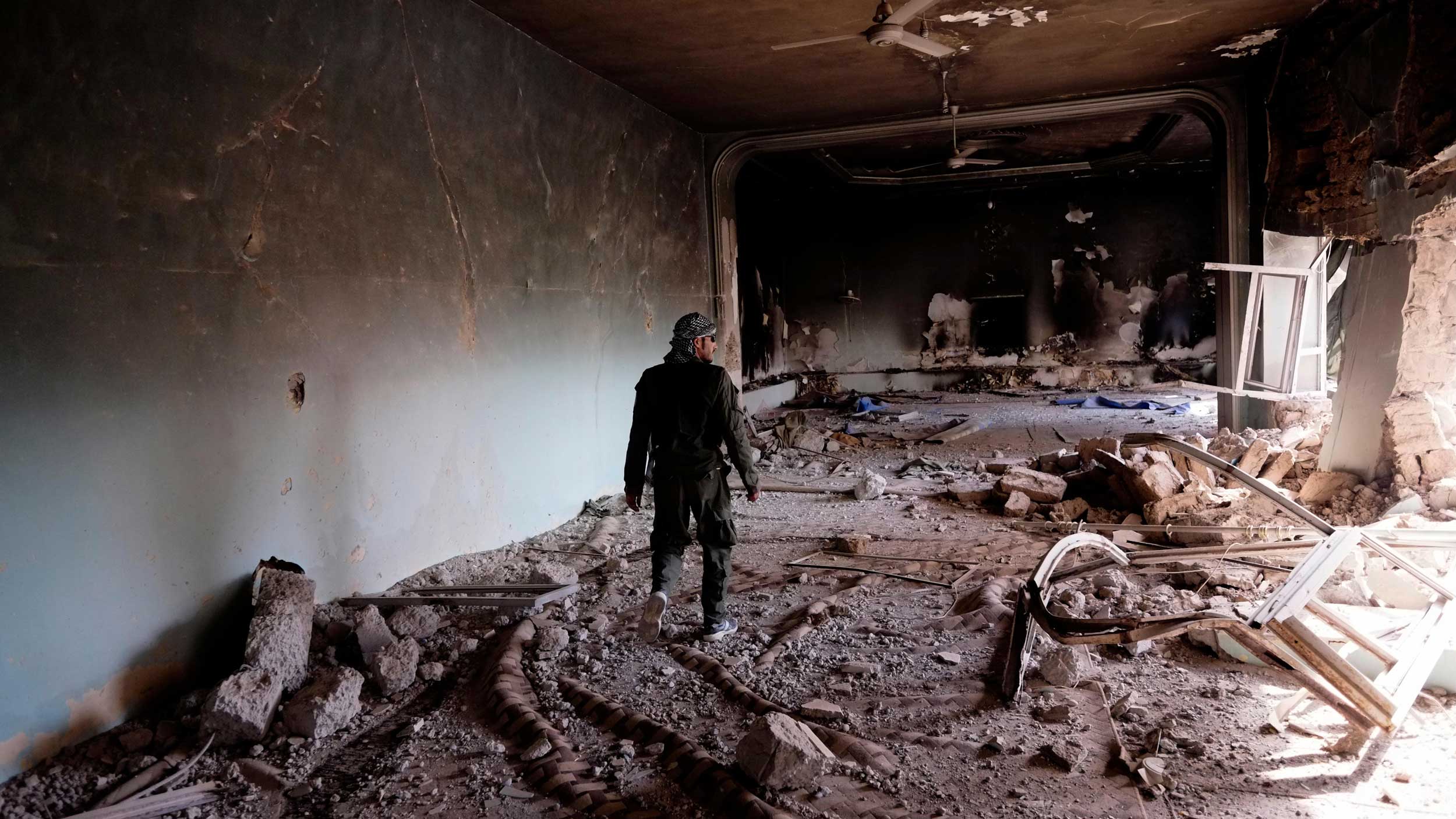 The spate of recent attacks on pilgrimage shrines in the Middle East, North and West Africa, and Central Asia claim the historically recognized aim of enforcing tawhid, the doctrine of God’s unicity, by which shrine visitations embody shirk, or polytheism, the unforgivable sin of ascribing partners to God. Yet as central a role as this doctrine plays, more notable are efforts to publicize the act of destruction, or indeed to stage the act itself as a media spectacle for further technical reproduction and consumption. The new millennium marks a crucial turning point, with the Afghan Taliban’s efforts to publicize its demolitions of the Buddha statues in Bamiyan — a move only seemingly at odds with the group’s temporary ban on television. The Sep­tember 11 attacks of the same year, aimed at the World Trade Center and the U.S. Pentagon, may mark the most globally mediated shrine destruc­tions yet. These attacks did not aim merely to destroy the World Trade Center as a putatively sacred object but, as W. J. T. Mitchell observes, to “stage its destruction as a media spectacle.”

The question is, staging it for whom? The majority of shrine destructions today take place in spaces of political contestation, lethal social disintegration, and outright civil war. Yet as with colonial-era reforms, these spaces of con­testation are difficult if not impossible to limit: Just as the Taliban demon­strated (local) state sovereignty, they anticipated a global audience — the necessary locus of any nation-state’s political recognition. By choosing to document and disseminate acts of shrine destruction on global networks, these groups explicitly performed local sovereignty for a global audience.

One effect of this dissemination is to situate the modes of piety and so­ciability the shrine solicits within a global space of comparison and critique. A Kata’ib News Channel video identified with al-Shabab in the Islamic State of Jubba (southern Somalia) titled “Destruction of Idolatrous Shrines in the Village of Balad al-Karim” explicitly addresses a transnational Arab Muslim audience. Although narrated in a distinct dialect of Arabic (and therefore limited in its comprehensibility among native Arabic speakers), the Kata’ib channel’s reportage includes subtitles in fusha, or Standard Arabic, the lin­gua franca of the Arab world. In analogous ways, the producers appeal to putatively universal, rather than narrowly local and thus illegitimate, Islamic norms of saint veneration.

The video begins with a Shabab member providing viewers with an ethno­graphic tour of the shrine, with its tombs of a saint, Shaykh Nur Husayn, and his sons. The guide, pointing out the tombs and sheets of cloth inscribed with the saints’ legends, explains their local uses and meanings: “This rope tied around the tomb is used by pilgrims [zuwwar] who come for healing or to have children. Behind this curtain there’s an opening to the tomb where the pilgrim reaches for a handful of earth for healing purposes. He rubs it on his face or on his relatives, his children, or painful spots or ailing limbs.”

After the tour, the video cuts to the immediate exterior of the shrine, where militants cast relics of the saints onto a bonfire while the villagers look on … The men appear physically imposing, formidable. In contrast, the shrine, with its splintering boards and shattering tiles, ap­pears suddenly flimsy — hardly the abode of authority. Now the video shifts once more to Shabab addressing a large circle of villagers. An Arabic caption reads, “Discourse and lecture to the locals fol­lowing the shrine destruction.”

[This and other] videos differ in terms of locale, but they share themes. These in­clude discursive content, namely critiques of shirk (polytheism), that con­trast the illicit call of the shrine to their own legitimate call to Islam … [But the] question of licit or illicit calls is not only a matter of discourse. The online video and the saint shrine and sacred soil mediate different things and differ as media. A major difference is their presence in space and time; that is, their susceptibility to reproduction and circulation. We may as­sume that for pilgrims the particularity of this saint and this soil is crucial … The shrine, like that of the saint’s body and tomb, is the irreplaceably particular medium of blessing. In stark con­trast, the reformists’ video of its destruction is not merely reproducible in multiple copies but, rather like any commodity, made to be reproduced and exchanged …

If militants destroy the shrines, it is not to deny their power to attract pilgrims but to acknowledge and warn against it.

In terms of Islam, the stakes of these media differences concern the na­ture of social collectivity as much as subjective piety and discursive debate. Of course, the very fact that modern reformist movements are typically fig­ured as calls signals their collective aims. But reformists’ recourse to one medium or set of media over others speaks to the production and reproduc­tion of particular forms of collectivity and sociability — in short, to media­tion. In Benjamin’s terms, the auratic force of the shrine would produce or mediate hierarchies grounded in spiritual proximity or distance from its unique placement in time and space. The devotional collective would assume spiritual hierarchy rather than equality, exclusive access to sacred power rather than its general dissemination. In stark contrast, technologically mediated calls to reform would assume egalitarian, or at least horizontal, access to the sacred.

Inasmuch as the Shabab movement’s call demonstrates the power of a medium, it does so at the expense of the saint, whose sacred baraka now seems, like his shrine, disposable. The call of a provincial hierarchy to itself via the shrine pales before the reformists’ universalizing call and its poten­tially global public. The reformists’ “discourse and lecture” is inaudible for precisely this reason. What matters is not so much doctrinal argumentation as the force of its transmission on a global platform …

A key point should also be reiterated: If militants destroy the shrines, it is not to deny their power to attract pilgrims but to acknowledge and warn against it. For the reformists, this power is grounded in the people’s beliefs and practices of pilgrimage and thus with the [impious] subjects and [illegitimate, hierarchical] social collective these forged. By staging scenes of education, local reformists acknowl­edge the shrine as a medium of social reproduction; [In contrast,] the call of the shrine is the call of a misguided community to itself. The destruction of the medium is the message.

From MUSLIM PILGRIMAGE IN THE MODERN WORLD edited by Babak Rahimi and Peyman Eshaghi. Copyright © 2019 by the University of North Carolina Press. Used by permission of the publisher. www.uncpress.org.