Bitten by the Green-Eyed Monster? 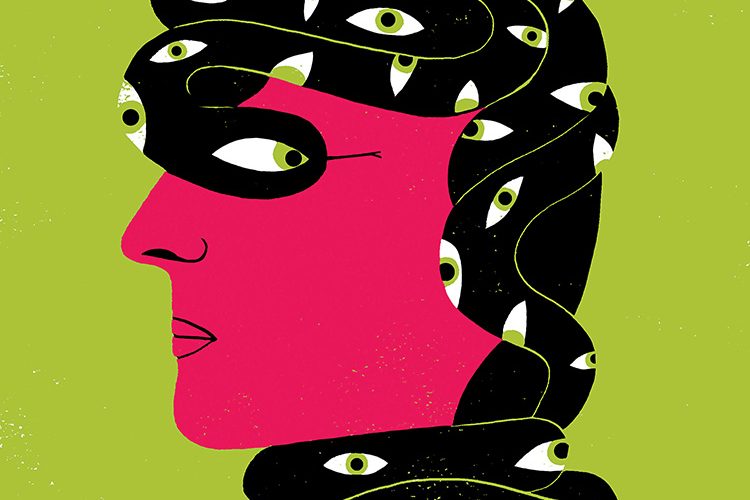 In her Science of Relationships core class, Professor Jennifer Tomlinson discusses the ways in which jealousy rears its ugly head.

Researchers have identified two types of jealousy. Reactive jealousy can occur when there’s an actual threat in a relationship. For example, if there’s been infidelity, the jealousy is founded and the other person is reacting.

The other type, which can be more problematic, is suspicious jealousy. In this situation, the partner hasn’t misbehaved, but the other person is worried or mistrustful.

Certain people are more prone to suspicious jealousy. One of the characteristics is when someone feels like they have lower power in the relationship and they may think they don’t have good alternatives. If someone is higher in power in a relationship, that person often perceives that they have other options, such as being in a relationship with someone else, spending time with other people, or participating in different activities like focusing on their career.

Neuroticism — which is one of the big five personality traits — has also been linked to jealousy. People who are high in neuroticism tend to worry about a lot of things, and jealousy could be one of those fears.

In addition to personality traits, a number of research studies have looked at gender as a possible factor. One early study (Buss and colleagues, 1992) found that women were more threatened by emotional infidelity, whereas men were more threatened by sexual infidelity. As researchers delved into this idea, some of the explanations were based on evolutionary theories. Women, it’s been suggested, would be most concerned about paternal investment — making sure they have a partner who will help them raise the child. Therefore, emotional infidelity is especially threatening. Men, on the other hand, want to ensure that their genes are passed on, and because women have concealed ovulation, men don’t necessarily know if the child is theirs or not. This paternal uncertainty is believed to be the reason for men’s fears of sexual infidelity.

Another study, conducted in 2006, examined neural activity and response to jealousy-evoking situations. It found that men and women showed different patterns of neural activity when they thought about jealousy. For men, the regions of the brain that are associated with sex and aggression were more active when imagining sexual infidelity compared to imagining emotional infidelity. When women were thinking about these two scenarios, there were no differences in brain activation — perhaps because they would have paternal certainty.

People, in general, respond differently to feelings of jealousy. One way is trying to make the other partner feel jealous back, which might backfire and create a downward spiral in the relationship. Research has found that the most effective way to respond is for the jealous person to openly communicate their hurt, fears, and anger. They should then develop constructive ways of dealing with their negative emotions, such as building up their model of the self (because both anxiously attached individuals and people who are at higher neuroticism may have lower self-esteem). By bolstering their self-concept and developing a greater sense of self-reliance, they would hopefully have fewer worries.

— An assistant professor of psychological and brain sciences, Jennifer Tomlinson researches the ways in which relationship partners seek out and support each other’s opportunities for growth.